Claims of Contradictions May Display Prejudice

The charge of contradiction is one that is easily made. It's simple to take two accounts of the same event that holds different details and claim that they are somehow contradictory. I hear this often when discussing the reliability of the Gospel accounts with skeptics. They claim that the birth narratives of Jesus are contradictory or the resurrection accounts offer opposing stories. 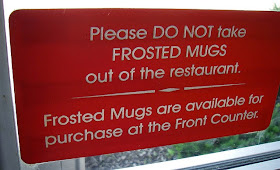 The thing about claiming contradictions is that skeptics can easily make such charges while obstinately rejecting any attempts at understanding possible solutions. Skepticism only seems to run in their favor, as they are less skeptical about the claim of contradiction than they are of the reconciliation of the differences. But this isn't anything new.

Dr. Tim McGrew, who runs the Library of Historical Apologetics organization (check out their Facebook page here), came across this quote, originally written by the British theologian Edward Stillingfleet nearly 200 years ago. He deftly sums up the problem with the immediate assumption of contradiction:


How easily things do appear to be contradictions to weak, or unstudied, or prejudiced minds, while after due consideration appear to be no such things. A deep prejudice finds a contradiction in every thing; whereas in truth nothing but ill-will, and impatience of considering, made any thing, it may be, which they quarrel at, appear to be so. If I had been of such a quarrelsome humour, I would have undertaken to have found out more contradictions in your papers than you imagine, and yet you might have been confident you had been guilty of none at all. When I consider the great pains, and learning, and judgment, which hath been shewn by the Christian writers in the explication of the Scriptures; and the raw, indigested objections which some love to make against them; if I were to judge of things barely by the fitness of persons to judge of them, the disproportion between these would appear out of all comparison.1

When Stillingfleet wrote these words, he did not have to deal with the New Atheists or the various charges that pass from page to page on the Internet. Yet, he notes that much intellectual exertion has been given to the study of the scriptures even to that point by those who would critically examine all its aspects. 200 years late, even more scholars have turned a critical eye towards the accounts of Jesus life, death and resurrection, and it still stands as strong as it has since its composition.

It's easy to fall into the trap of expecting ancient documents to conform to 21st century practice, but as Stillingfleet states, drawing on such expectation to make the accusation of contradiction reflects a weak and unstudied mind who may hold a deep prejudice. As for specifics in dealing with contradictions, I've written a series of posts, some of which may be found here, here, and here. I've also offered offered some quick tips to keep in mind.

While the charge of contradiction may be easy to lob, such charges may actually say more about the accuser than the documents. Let's not be too shaken when they appear.

1. Stillingfleet, Edward. "A Letter of Resolution, to a Person Unsatisfied about the Truth and Authority of the Scriptures," in Origines Sacrae, vol. 2 (Oxford: Clarendon Press, 1817). Print. 381-82. E-book available at http://books.google.com/books?id=cQo3AAAAMAAJ&pg=PA381
Image courtesy Woody Thrower and licensed by the Attribution-NonCommercial-ShareAlike 2.0 Generic (CC BY-NC-SA 2.0) license
Lenny Esposito at 7:00 AM