The name Jayson Blair sends shivers down the spine of editors in the New York Times. It isn't that Jayson was some mass-murderer or terrorist that makes the editorial staff of the nation's largest newspaper tremble. It was the fact that Jayson Blair was a Times reporter who plagiarized stories and then the Times published them. Macarena Hernandez, a reporter from the Antonio Express-News first contacted the Times and said that Blair's story had copied “major chunks” of her story and passed them off as his own. Jayson Blair resigned and is considered to be disgraced as a journalist for stealing other people's work. 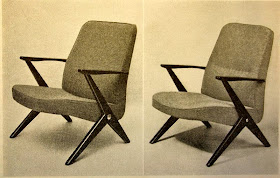 The crime of plagiarism isn't only found in the written word though. Musical acts have been accused of stealing a melody or a hook from another artist. Graphic designers will copy from well-known pieces. Students will plagiarize from the Internet to get their homework assignments finished. In each medium, the plagiarized content is identified by comparing the new work to the original. If there are enough points of similarity, then one can assume that the work in question is a derivative of the original, that is the original creation was used a second time without crediting the original author. It also implies that without Hernandez's article in the Antonio Express-News, Blair's New York Times piece would read radically different than it did.

The reason I bring all this up is that when we look at the claims of the neo-Darwinists, they face a problem very similar to that of the editors of the Times. The current Darwinian model holds to a form of common descent, where all species diverged and differentiated from a very simple single ancestor millions and millions of years in the past. As the progeny of that ancestor experienced genetic mutations, some proved beneficial within the specific environment in which they found themselves and thus became more prominent. So, the Darwinian model seeks to explain the diversity of biological systems such as why some animals have gills, fins, and scales while others have lungs, wings, and feathers. Different created systems came to be through different avenues.

Because the mutations are random and the environment that bestows that mutation an advantage is different, so the story goes, the variations can be incredibly diverse. In fact, those two features are why paleontologist Stephen Jay Gould remarked that any replay of the tape of evolutionary development “would lead evolution down a pathway radically different from the one taken.” But there's problem with this picture: we don't see radical divergence in all biological structures. There are structures, such as the eye, that have the same components in animals as diverse as mammals, octopi, and jellyfish, even though those branches were supposed to have split from one another well before the animal's sight apparatus evolved.

Jonathan Morrow, writing for the Discovery Institute, gives one great example of this type of duplication in the echolocation chemistry of dolphins and porpoises, an ability they share with the bat. The aquatic mammals and the bats share at least 14 amino acid sites that are needed for echolocation. That's fourteen points of similarity on a molecular level, even though these lines would have split when their ancestors were ground-dwellers, long before echolocation became an advantage for them. Morrow goes on to list other examples, but the point is made: how does one account for such similarities when evolution can take so many divergent paths? One may wave off one or two instances, but as more and more of these convergent evolutionary systems are being discovered, it becomes harder to ignore.

With all of the data showing independent, complex systems having multiple points of similarity, what should we conclude? It would be unreasonable to think that so many systems were developed independently over and over and over again just as it is unlikely that Jayson Blair just happened to have the same thoughts and phrasing in his story as Macarena Hernandez. No, it is much more reasonable to conclude that there is a single creative source for this kind of repeating structure across divergent lines.

The simple story of evolution suffers from acts of plagiarism, and as such it simply doesn't ring true.
Lenny Esposito at 11:08 AM