The Truth-Value of the Resurrection 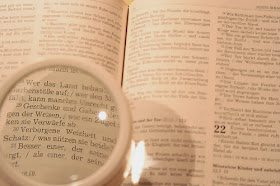 Jim Wallace had a job they make TV shows out of: he was a cold-case detective in Southern California. Wallace had spent most of his career as an avowed atheist, and by relying on forensics and science in his job he naturally elevated them in the rest of his worldview. But after some fifteen years, his views changed. In his book, Cold-Case Christianity, he tells of how he began believing that Jesus' teachings could hold some merit to the full realization that Jesus Christ really did rise from the dead. The amazing this is that it wasn't in spite of his trust in forensics and the dispassionate weighing of testimony that that he believed, it was because of those techniques. Wallace writes, "I began to use FSA (Forensic Statement Analysis) as I studied the Gospel of Mark. Within a month, in spite of my deep skepticism and hesitation, I concluded that Mark's gospel was the eyewitness account of the apostle Peter."

But Cold-Case Christianity isn't the first book that documents an atheist who becomes a believer using his professional skills in a different context. Most people are familiar with Lee Strobel and his best-selling book The Case for Christ. Lee has told his story many times. He was a journalist with the Chicago Tribune and an atheist who began to use investigative journalistic techniques to find out the truth about Jesus. Like any good journalist, he interviewed experts, and sought to make sense of the accounts as they were presented. After two years of studying the evidence, Strobel became a Christian within five years of that, he became a teaching pastor at Willow Creek Church.

Even before Strobel, though, these kinds of events would happen. Frank Morison would get my vote for the Less Strobel of the Al Capone era.  Morison regarded Jesus highly, but he also loved the physical sciences and 20th century how something like a resurrection could never happen. Morison decided to write a book debunking the resurrection, "to strip it of its overgrown and primitive beliefs and dogmatic suppositions." But, as Morison puts it, that book refused to be written. Instead, after years of thought and investigation, Morison's book, Who Moved the Stone?, became a testimony for the truthfulness of the resurrection.

Of course, we can go back farther and we see similar stories with similar results. Most people may not know that every court case in the United States bears the fingerprints of Simon Greenleaf. A legal scholar in the early 1800's who helped establish the Harvard School of Law, his three volume Treatise on the Law of Evidence set the standard for what counts as evidence in legal trials and became the standard textbook for most law schools up until the 20th century. Greenleaf was challenged at one point by some Christian students to apply those same rules of evidence to the gospels and see what he found. The result was Greenleaf's book Testimony of the Evangelists, Examined by the Rules of Evidence Administered in Courts of Justice.

There are probably many more examples but these four are accessible enough to make my point. Why do such stories exist and why do they become so popular? Certainly, every Christian has some kind of testimony so why do these stick out and why to people buy the books that hold their stories? I think the answer is simple. As we have developed as a society, we've come up with some pretty good tools to weigh the truth value of testimony. Reporters, jurists, and criminal investigators use these tools in their perspective professions because they have found that the tools serve them better than anything else to date. When those professionals then use that same trustworthy approach on the gospels, they find that the gospel accounts are in fact what they claim to be: true accounts of the life, death, and resurrection of Jesus of Nazareth. The only reason that one would reject such a claim is if one rejected the supernatural aspect of the accounts ahead of time. But that's an assumption that isn't warranted by the evidence. In fact, the resurrection of Jesus is the only explanation that accounts for all the facts of the New Testament. No other explanation fits the bill.
Lenny Esposito at 11:59 AM