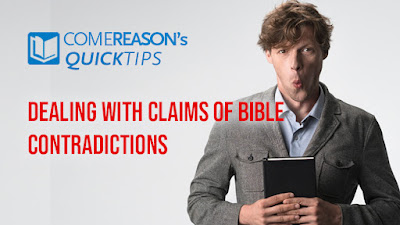 3. John W. Haley's book Alleged Discrepancies of the Bible underscores my point. Originally published in 1874, it continues to answer almost all alleged contradictions offered to this day. To check it out, see Baker Books republished version here.
Lenny Esposito at 12:47 PM