Bible Contradictions - Differences between Accounts Is Actually a Positive! 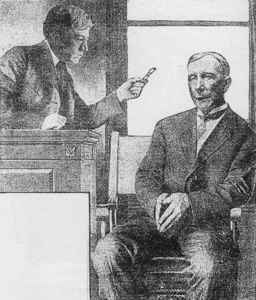 As we begin to wrap up our study of the different types of charges against the consistency of the Bible, we find that many of the claims of contradiction are really nothing of the sort. They are merely products of an author using the language, styles, and categories of his day, or perhaps trying to emphasize a particular point or teaching of his subject. Where two or more authors conflict, we can look to the authors' different goals in writing and see that they would report events differently. Regardless, the previous explanations show why the claims that the Bible cannot be the God's Word because it contains contradictions falls away as acceptable alternatives are available for these differing objections.

However, I want to bring up one additional point not often heard when discussing the differences in the Bible and specifically in the gospel accounts. I have claimed previously that the gospels are eyewitness testimony. Either eyewitnesses or close associates who interviewed the eyewitnesses wrote the gospels. The fact that accounts of Jesus' resurrection vary in theme and detail actually strengthen the claim these were eyewitnesses instead of people who all conspired to make up the same story. You see made up stories only deal with main events and they only have one particular point of view. When people get together to invent a fable, they don't worry about the details. You know Hansel and Gretel had bread with them in the forest, but you don't know which forest they were in or what type of clothing they were wearing. These things aren't deemed important to the story so they aren't considered.  All accounts of Hansel and Gretel are pretty much the same—which means they all stem from one source.

Eyewitness testimony, on the other hand, is messy and many times offers different facts. In fact, any police detective will tell you, if multiple witnesses tell the exact same story with the same details it is a sure sign of collusion, meaning the witnesses got together and fabricated what they were going to say beforehand. Cold-case homicide detective Jim Wallace supports this point. In his book Cold-Case Christianity he writes:


"I learned many years ago the importance of separating witnesses. If eyewitnesses are quickly separated from one another, they are far more likely to provide an uninfluenced, pure account of what they saw. Yes, their accounts will inevitably differ from the accounts of others who witnessed the same event, but that is the natural result of a witness's past experience, perspective, and worldview. I can deal with the inconsistencies; I expect them. But when witnesses are allowed to sit together (prior to being interviewed) and compare notes and observations, I'm likely to get one harmonized version of the event. Everyone will offer the same story. While this may be tidier, it will come at the sacrifice of some important detail that a witness is willing to forfeit in order to align his or her story with the other witnesses; I'm not willing to pay that price. I would far rather have three messy, apparently contradictory versions of the event than one harmonized version that has eliminated some important detail. I know in the end I'll be able to determine the truth of the matter by examining all three stories. The apparent contradictions are usually easy to explain once I learn something about the witnesses and their perspectives (both visually and personally) at the time of the crime."1

So, the fact that the gospel accounts differ from each other is actually a good thing! Eyewitnesses will report different aspects of an event because each has a different perspective. It means that the writers didn't conspire to make up one story but are reporting events with the impressions the witnesses really had.