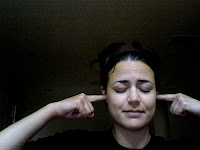 Johann Sebastian Bach once said “The aim and final end of all music should be none other than the glory of God and the refreshment of the soul.” Bach also said that he worked hard on his craft and those that worked as hard as he did should see results. Bach recognized that believers should excel in whatever they do as that would honor the Savior.  For much of Christendom, this maxim was followed.  The finest thinkers were Christians; names such as Augustine, Ockham, Anselm, Aquinas, and Pascal still play a central role in secular programs of philosophy. Science, too, saw Christians take the lead with such notables as Newton, Kepler, Boyle, Mendel, and Kelvin. And of course the world's great artists continually produced paintings and statues around biblical themes.

But that seems to have changed today.  Peter Kreeft put is best when he said:


"Christian thought is the most intelligent of all thought and Christian morality is the most holy of moralities. But Christianity no longer produces the world's most beautiful and arresting art. I think modern culture is rejecting Christianity not because they think it is stupid or wicked, but because it looks boring... It's pictures aren't moving pictures anymore. They don't move hearts. It's the secular media that makes them abject now."

Good art both reflects and drives the culture in which it is presented. It is at root a medium that engages the heart first, and then the mind. We know that the story tellers of today are the record producers and the movie directors; and we can see their influence at the fashion shows and at the ballot box.  However, Christianity seems to be markedly absent from making a significant impact in this day and age. We've settled for following the lead of those who hold views antithetical to Christianity.  I'm not satisfied with the ghettoed Christian music station or television channel. I'm not satisfied with the substandard and derivative work of Christian artists who are supposed to substitute for the secular flavor of the day.

Now, to be sure, I don't want to paint with too broad a brush. LeCrae is topping the hip hop charts all over the place.  C.S. Lewis and J.R.R. Tolkien's books are still masterpieces.  But we should see more.  We should be leading in the arts, not following.

So, I'd like to challenge you, Christian.  If you have a passion for storytelling, if you're an artist, filmmaker, writer or musician, work hard and take a risk.  Think about how to work hard and honor God while being meaningful. We need to move the culture of today.  In so doing we can move people more towards Christ.
Posted by Lenny Esposito at 1:37 PM 1 comment:
Labels: art, beauty, Christian, culture, movies 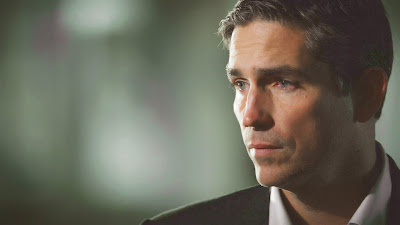 In 2001, I was working on a project with the American Bible Society. That's when I first saw this haunting video and was introduced to Jim Caviezel as a storefront preacher reading John's account of the resurrection. It has stuck with me all these years.

Many of you know that Caviezel went on to star in the hit film Frequency before his landmark portrayal of Jesus in The Passion of the Christ. He is currently starring in the television show Person of Interest. He recently said that role caused Hollywood to shun him, but he doesn't worry about the cost to his career. "We have to give up our names, our reputations, our lives to speak the truth."

Usually, I don't care for dramatic readings of the Bible. There must be a certain level of interpretation when these are done, and I find that most of the time the actor doesn't quite get all that's going on in the text. Not this time. Caviezel delivers the chapter with incredible sensitivity and insight, and the film is a feast for the eyes. You will be touched.

Strive for the best

One additional item. It used to be that Christianity was responsible for the best of art and media. Sadly today, most Christian entertainment is merely derivative of whatever the secular world finds popular. I pray that  the church can produce more top-notch, innovative videos like this.
Posted by Lenny Esposito at 4:40 PM 2 comments:
Labels: art, Christian living, culture, Jim Caviezel, media, resurrection
Older Posts Home
Subscribe to: Posts (Atom)