What Makes the Persons of the Godhead Different from One Another? 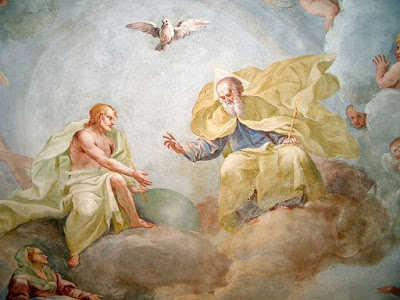 Some claim the concept of three persons in a single being we call God is somehow contradictory. I've shown previously this isn't so. But how can we understand the difference within the Trinity? The first piece is to distinguish between personhood and being, as this article clarifies. Once that difference is understood, then one can begin to appreciate the persons within the Triune being of God. Yet, while there are three separate persons in the Father, Son, and Spirit, they share all the attributes and qualities of God while still remaining one.

In his wonderful book The History of Christian Thought, Jonathan Hill describes how the Cappadocian Fathers of the 4th century (Basil the Great, his brother Gregory of Nyssa, and their friend Gregory of Nazianzus) understood and clarified the doctrine of the Trinity. Their explanation shows that there is no distinction between any of the members, except for their relation to one another:


Basil invites us to consider the difference between, on the one hand, the word human and, on the other, the names Peter, Paul and Timothy. Human is a general term; it refers to a class of beings; the names pick out particular members of that class. In the same way, when we talk about "God," or the divine substance, we are using a general term. The three Persons are three separate manifestations of that substance, just as Peter, Paul and Timothy are three separate manifestations of human nature.

This seems pretty strange. If the three Persons of the Trinity are three in the same way that three people are three, then there are three Gods! It looks as if we have drifted away from monotheism altogether. But the situation is more complex than this. Gregory of Nyssa helps to explain it. He points out that when we have several different members of one class, there are usually certain ways to tell them apart: they may be different sizes, shapes or colors; and most fundamentally they must all be in different locations in space. But none of these things apply to the divine nature. God is incorporeal, a fact that Gregory, like Origen, is quite insistent on. So although the three Persons are different members of the one class, they cannot be distinguished from each other in the normal way.

In fact, there is only one difference between them: their mutual relations. This central idea was first articulated by Gregory of Nazianzus, in his famous Theological Orations. The Father has no characteristic that the Son lacks, and vice versa-because otherwise they would not be equally God. The only thing that is true of the Father but not the Son is that he is the Father of the Son; and similarly the Son is the Son of the Father. And the Spirit is the only one that proceeds from the Father. In every other respect except their mutual relations, the three are identical.