What Archaeology Cannot Tell Us About the Bible

Yesterday, I began to look at some ways the study of archaeology helps support and understand the Bible. Given that the Bible is a collection of sixty-six books written over 1500 years, the study of the past can provide unique insight into the narratives. In fact, so much of what the Bible talks about has been verified by archaeology, it has inspired William F. Albright to say:


The excessive skepticism shown toward the Bible by important historical schools of the eighteenth and nineteenth centuries, certain phases of which still appear periodically, has been progressively discredited. Discovery after discovery has established the accuracy of innumerable details, and has brought increased recognition to the value of the Bible as a source of history.1 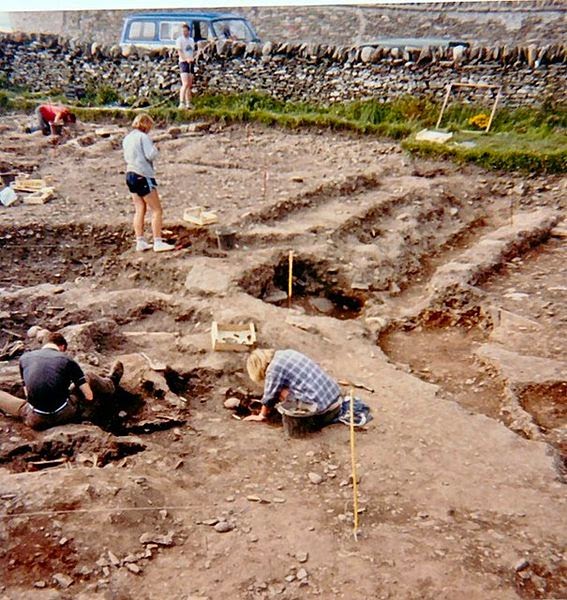 Because there have been so many finds that directly relate to the Bible, some Christians are keen to overreach on discoveries made just as some skeptics are equally keen to hurriedly disassociate archaeological finds of any biblical importance. Therefore, I'd like to look today at some of the limitations of archaeology.

The first thing that we must understand is archaeology cannot provide proof that the Bible is the Word of God. There simply isn't any way to dig something up and say "Aha! Here's the find that shows God gave inspiration to Moses." Just as science has no way of testing for God residue, so archeology has no way of uncovering the source of supernatural inspiration buried in the earth. These are category errors. Science deals with the natural world and archaeology deals with whatever cultures left behind. Neither is a complete picture of all reality.

That doesn't mean we cannot use what the archaeologists' spade uncovers to lend credence to the biblical accounts. As mentioned yesterday, we can demonstrate the historical reliability of the Bible and the fact that the accounts were written with intimate knowledge of the cultures they describe. It means that there is credibility to the claim that they were written at the times of the events they record.


Archaeology cannot be understood without context and presuppositions

The second important point one must realize is that archeology is simply a snapshot of space. Stone walls, broken pottery, or even engravings are fragments of long-deceased civilizations, many times buried after they had been conquered by some foe. Thus, it requires a lot of presupposition on the part of the archaeologist to put things together. For example, those digging in Jericho may find a wall that has been flattened in the 14th century, but such a find may not immediately confirm the account in Joshua chapter 6. The next question would be "was this building destroyed because of a raid, an earthquake or Joshua's march?" That's a much more difficult question to answer.2

Another example is one that is just now making its way through the academy. According to Merryn and Graham Dineley, archeologists have been misidentifying Viking structures in Britain for some time now.3 Archaeologists have quite a bit of experience finding Roman ruins and they know that Romans were fond of their bath houses. So when they found large rooms with a central hearth and large drains, the archaeologist would assume it was a sauna or bath house. The Dineleys state that this is wrong, as such structures in Orkey and Shetland were located adjacent to drinking halls. It is well known that Vikings drank malt ale, but such brews would require a sizable brewery. The Dineleys believe that the presupposition of Roman baths from previous archaeologists is incorrect and these buildings actually were breweries!4

While the concept of bath houses versus breweries doesn't really affect the biblical accounts at all, it does illustrate just how much the interpretation of the archaeologist plays into the finds. Therefore, the Bible student needs to read through any new discoveries and hold lightly claims about finds that prove or disprove Biblical accounts unless they are definitive, such as Caiaphas' ossuary, inscribed with his name. The views of the archaeologists matter! 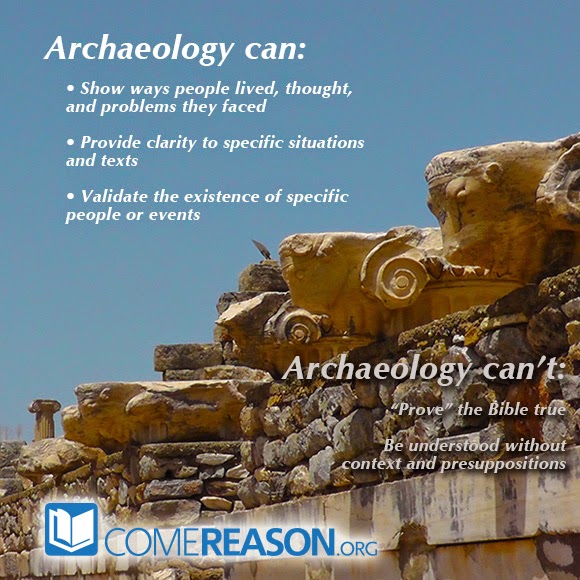