Arguing for the Beauty of God in an Ugly World 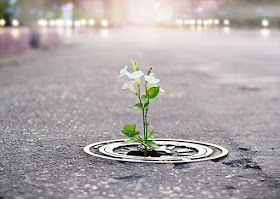 Beauty matters. Along with the Good and the True, the Beautiful was understood to be one of the fundamental aspects of ideal human existence. From the earliest societies, people sought to surround themselves with what is beautiful. It is a part of how people shape their culture and how they interact with one another. Greek columns and Roman mosaics are iconic representations of the heights of their cultural achievements. We seek to adorn ourselves with the beautiful.

Yet we live in a time where function has overtaken form and pragmatism overrides aesthetics. Cold concrete boxes and black asphalt has replaced the Greek column and the Roman mosaic. The West emphasizes the laboratory over the Louvre, rapidness over reflection, and efficiency over elegance. Philosopher Roger Scruton presented some clarifying remarks on the relation of beauty to culture. He writes:


Unlike science, culture is not a repository of factual information or theoretical truth, nor is it a kind of training in skills, whether rhetorical or practical. Yet it is a source of knowledge: emotional knowledge, concerning what to do and what to feel. We transmit this knowledge through ideals and examples, through images, narratives, and symbols. We transmit it through the forms and rhythms of music, and through the orders and patterns of our built environment. Such cultural expressions come about as a response to the perceived fragility of human life, and embody a collective recognition that we depend on things outside our control. Every culture therefore has its root in religion, and from this root the sap of moral knowledge spreads through all the branches of speculation and art. Our civilization has been uprooted. But when a tree is uprooted it does not always die. Sap may find its way to the branches, which break into leaf each spring with the perennial hope of living things. Such is our condition, and it is for this reason that culture has become not just precious to us, but a genuine political cause, the primary way of conserving our moral heritage and of standing firm in the face of a clouded future. 1

Beauty matters a lot, perhaps a lot more than the place we give it in modern Western culture. Yet, there is still a longing for beauty in the human soul, perhaps even more so now that beauty isn't integrated into our everyday experiences. As I speak to young people today, they long to find the beautiful in life.

Because Christians live in the milieu of Western pragmatism, we can lose sight of the power of appealing to the Beautiful as an argument for God. Apologists tend to argue about facts of science, as being for or against “X,” or tackling objection it thrown at them. These are all worthwhile pursuits, but I think there's a huge untapped potential in appealing to the Christian God and the Christian story as ways of finding the beautiful isn't considered enough. Scruton continues:


At the same time, the decline in religious faith means that many people, both skeptics and vacillators, begin to repudiate their cultural inheritance. The burden of this inheritance, without the consolations on offer to the believer, becomes intolerable, and creates the motive to scoff at those who seek to hand it on.2

We live in a world where nothing seems concrete. The beautiful has been obfuscated, but every human being still longs for it. I think the attractiveness of God is harder for atheists to argue against than some of the traditional proofs for His existence—or at least harder to misinterpret.

In upcoming posts, I'll be presenting ways how you may integrate arguments for beauty into your discussions about God. For we don't worship a God who is merely practical. We worship the God of Beauty.