Jesus Didn't Become God; the Earliest Christians Believed Him to Be Divine 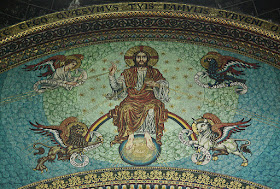 In his excellent new book, God Among Sages, Kenneth Samples has done a wonderful job in combining an apologetic showing the Gospel accounts reflect the historic person of Jesus of Nazareth and how the Jesus of the Gospels is markedly different from the founders of Eastern religions, such as Krishna, who was also thought to be a god taking on human form.

The comparison is interesting, especially considering the charge made by many modern skeptics that the Christian belief of Jesus as God incarnate was foreign to Jesus's first followers and only grew as a later addition to the new religion. Bart Ehrman's book How Jesus Became God is one such challenge. Samples answers it well when he writes:

Biblical scholarship (in this case, a type of form criticism) has discovered primitive Jewish-Christian creeds, confessions, and hymns woven into Scripture. The early Christians in their worship services used these compact confessions of faith long before the New Testament was written. As New Testament scholar Ralph Martin explains, "The church of the New Testament is already a believing, preaching, and confessing community of men and women. This implies the existence and influence of a body of authoritative doctrine ... which was the given and shared possession of those who formed the nascent Christian communities in the world of the Roman Empire."1

I've written before on the creed found in 1 Corinthians 15:3-7 and how it shows the resurrection account existed as a foundational belief from the earliest moments of Christianity. Here, Samples is arguing that there are other early creeds recorded within the pages of the New Testament showing a very early belief in the divinity of Jesus. Some of these passages are actually central to the case of understanding Jesus as the God-man.

Philippians 2:6-11, a key passage discussing how Jesus existed in the form of God, but humbled himself and became man, is the first example. Because of differences in its language and its poetic approach separate it from the rest of the epistle lead scholars to believe this was an early Christian hymn.2 Paul wrote the epistle to the Philippians around AD 62, which means a hymn exalting the incarnation of God in the man of Jesus was well established within thirty years of Jesus's crucifixion.

Pointing to Craig Blomberg's work, Samples highlights two other passages (Colossians 1:15-20 and 1 Peter 3:18-22), also written around AD 62. He then notes "the hymnal and creedal portions of those letters date much earlier, possibly back to the Jewish expressions of Christianity in the 40s or even earlier in the 30s."3 These early dates make it impossible for the deity of Christ to be ascribed to either later legend or Gentile influence. It places the central theology of the Trinity at the very beginning of Christianity itself! This is all the more remarkable given that as Jesus first followers were Jews, they would've strongly resisted any claims to divinity that would impeach Yahweh as the one and only God. Remember, this is exactly why Paul sought to kill Christians to begin with.

The early creedal statements within the epistles written by both Peter and Paul—two key founders of the Christian church—show that the incarnation, like the resurrection, was a formative doctrine of Christianity. Jesus didn't "become God" as Ehrman puts it, but was always seen as God. What could have made such a scandalous claim seem palatable to the first Jewish Christians? Nothing other than a resurrection, I believe.

I highly recommend you grab a copy of God Among Sages for yourself. There are so many good things here Samples has given us, this being just one nugget. It's a fresh approach to the question of the historical Jesus and how he compares to other religions' founders.