Does Religion "Fly You Into Buildings"? 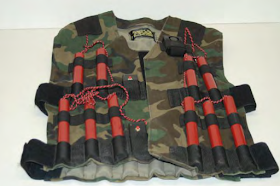 Physicist and anti-theist Victor Stenger famously claimed "Science flies you to the moon. Religion flies you into buildings." This kind of throwaway line is standard fare for the new atheist types and is often repeated via memes shared on social media sites. Stenger isn't the only one who thinks religion is a way to manipulate others into doing immoral acts. Sam Harris claimed "One of the most pernicious effects of religion is that it tends to divorce morality from the reality of human and animal suffering. Religion allows people to imagine that their concerns are moral when they are not."1

I'm not sure how Harris concluded that religion divorces morality from suffering. If he were a true student of world religions he would recognize that the question of human suffering is the primary focus of most faiths. Hindus seek to be come closer to the divine, eliminating the suffering associated with the cycle of reincarnation. Buddhists teach balance to avoid pain and suffering. Islam holds that suffereing may be reduced by making right choices and following Allah and Christianity focuses on eliminating suffering by eliminating sin and its consequences. While I don't agree with the underlying assumptions of other faiths, it is disingenuous to say that religion divorces morality from suffering. The problem of human suffering is front and center in religious faith.

So how do we explain the ISIS or Al Qaeda suicide bombers then? Isn't it obvious that such horrendous acts are religiously motivated? I would say it's true only in part. Islam is a faith that offers Muhammad as its exemplar—the model Muslim to which all others should aspire. Muhammad was a warrior who slaughtered innocents and the famous "sword verses" of the Qur'an commands the faithful to "slay the idolaters wherever you find them, and take them, and confine them, and lie in wait for them at every place of ambush." (Sura 9:5) and "When you encounter the unbeliever, strike off their heads until you have made a great slaughter among them" (Sura 47:4). Also, the Qur'an promises a reward to the warrior who dies in his fight for Islam: "So let them fight in the way of God who sell the present life for the world to come; and whosoever fights in the way of God and is slain, or conquers, We shall bring him a mighty wage" (Sura 4:74).

Because Islam offers both the commands of the Qur'an and the example of Muhammad, it allows for jihadists to kill themselves while killing the enemy in the name of martyrdom. But that doesn't mean suicide terrorism is the first resort of Muslims. In fact, it turns out that suicide terrorism isn't a historically popular strategy for followers of Islam. Robert Pape in his book Dying to Win: The Strategic Logic of Suicide Terrorism notes that there were no suicide attacks by Muslims or any other groups from 1945 to 1980. From 1980 through 2003, Pape catalogued 315 suicide terrorism campaigns around the world with 462 individual suicide terrorists.2 Pape notes that "every suicide campaign from 1980 to 2003 has had as a major objective –or as its central objective—coercing a foreign government that has military forces in what they see as their homeland to take those forces out." 3Pape concludes, "The bottom line, then, is that suicide terrorism is mainly a response to foreign occupation."4 So, politics and power are the real motivation for terrorist campaigns. It thrives in Islam because the belief system doesn't contradict its use.


What about the Destructive Power of Science?

The biggest problem with Stenger's quip is it is so self-selective. It gives a rosy picture of science by the example of one of our greate3st achievements and then contrasts it with one of our greatest horrors. But it isn't "science" that flies us to the moon. It's human beings who do that. Science allows human beings to understand thrust and gravity. It is a tool to help us accomplish whatever goals we have. Humans used science to develop the planes that Stenger seems to be so worried about, but he doesn't mention that. We use science to construct better weapons, too, producing some of them most incredible destructive powers on earth. Without science, we would never have had a Hiroshima or Nagasaki.  And without religion, we would never have a Mother Theresa or a Father Damien.

Harris and Stenger's comments not only show their bias, but they are demonstrably wrong. They have simply created straw men in order to easily knock them down. Perhaps if they showed a little more Christian charity toward those with whom they disagree, they wouldn't be so nasty and could see things a bit more clearly.