The Irrational Faith of the Naturalist 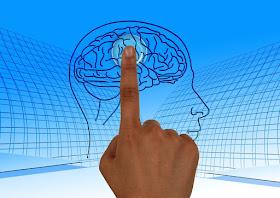 Does man have an immaterial soul or is nature and the material world all there is? Atheists deny the existence of the supernatural, but they also tend to believe there is no fundamental immaterial substance to human beings, either. All our thoughts, feelings, and existence could be reduced to physical states like chemical reactions or electrical impulses. We call this belief philosophical naturalism as the person who holds it believes the natural world is all there is.

One of the greatest problems the naturalist faces is how to account for the fact that human beings are conscious creatures. We can think abstractly and conceive ideas. While many have attempted to explain the evolutionary biological development of man, no one seems able to offer any explanation of the evolution of consciousness, as Richard Swinburne has noted. They just assume that consciousness will pop into existence if the body is complex enough. But how is that science?

J.P. Moreland, in his book The Recalcitrant Imago Dei underscores the problem:


Prior to the emergence of consciousness, the universe contained nothing but aggregates of particles/waves standing in fields of forces relative to each other. The story of the development of the cosmos is told in terms of the rearrangement of micro-parts into increasingly more complex structures according to natural law. On a naturalist depiction of matter, it is brute mechanical, physical stuff. The emergence of consciousness seems to be a case of getting something from nothing. In general, physio-chemical reactions do not generate consciousness not even one little bit, but they do in the brain, yet brains seem similar to other parts of organisms' bodies (e.g., both are collections of cells totally describable in physical terms). How can like causes produce radically different effects? The appearance of mind is utterly unpredictable and inexplicable. This radical discontinuity seems like heterogeneous rupture in the natural world. Similarly, physical states have spatial extension and location but mental states seem to lack spatial features. Space and consciousness sit oddly together. How did spatially arranged matter conspire to produce non-spatial mental states? From a naturalist point of view, this seems utterly inexplicable.1

Thomas Nagel has also complained that naturalists are shirking their responsibility in assuming the appearance of consciousness. Although Nagel is an atheist, he also recognized consciousness is something fundamentally different than physical reactions which can be explained in materialist terms. In other words, your mind is not your brain. He concluded any account of consciousness on natural grounds alone would fail, writing "since a purely materialist explanation cannot do this, the materialist version of evolutionary theory cannot be the whole truth."2

Evolutionists and naturalists have left a gaping hole in their theories. The retort of "we'll find it; we just haven't yet" is akin to a man telling the IRS "I know I owe you money, but I'm going to win the lottery soon and when I do, I can pay you." It's another of those science-of-the-gaps claims. But the naturalist isn't even playing the right lottery as he keeps taking his chance betting on material items when the lottery is being played with immaterial numbers.

There's no avoiding the problem of consciousness for the naturalist. Any science that continues to assume one can get something from nothing isn't explaining anything; it's simply a statement of faith. And it's the most irrational kind of faith at that. Christians don't even believe that we can get a something from a nothing. We at least start with God.