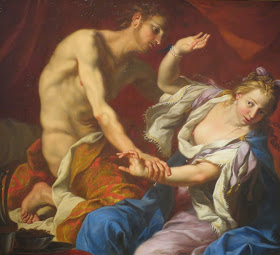 So the law on a man who takes the virginity of a woman must also be ready to marry her is not punitive for the woman; it's actually protective. It ensures she won't be tossed away as "damaged goods" but will be provided for. It also emphasizes that promiscuity is a serious matter. The father of the woman can protect his daughter from vicious rapists while also forcing kids who "were just fooling around" to make their relationship permanent. This isn't a misogynistic command but one meant to protect young girls' lives. We simply need to understand the culture in which it was applied.
Lenny Esposito at 2:31 PM