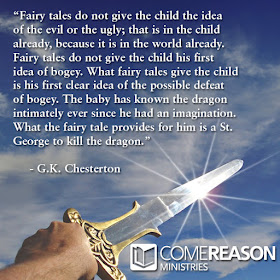 Today is October 21, 2015, known as "Back to the Future Day" in pop culture circles. In Back to the Future II, today is the pivotal point where Marty travels to the future, Biff steals the time machine, and the entire course of history is changed where the villain becomes triumphant. Marty must restore the timeline so the good guy wins and evil is vanquished.

Another popular movie franchise is also on everyone's lips this week as the last trailer for the seventh installment of the Star Wars saga has been released. I found it interesting that people were lining up and crowding movie theaters to see the trailer for the film! People have already bought tickets to a showing that's two months away. The Avengers and other comic book hero films are similarly popular. All one has to do is look at the top all-time box office grosses to see how superheroes and genre films like Star Wars or Lord of the Rings are massively successful. What's causing all the attraction to these kinds of films?


A Rising Culture of Moral Ambiguity

One reason why my curiosity was piqued at the popularity of these films is their very simple portrayal of good and evil. Star Wars and comic hero films draw very clear lines between good and evil. The characters may have some inner struggles, but they aren't an anti-hero like the television series Dexter or Breaking Bad. Those characters have become more popular as they reflect the moral relativism held by so many people, especially the younger generation. As the television site Flow notes:

Dexter possesses a key element common to a lion's share of the series that critics, fans and scholars laud as contemporary quality television: a central character that is, at best, morally ambiguous and, at worst, either so pathologically self-centered or self-contained that his/her actions stretch our common lexicon for one who has "emotional baggage" that often ends with blood (and lots of it); in other words, "amoral" or "immoral" don't seem quite fit the discursive bill.1

Clearly, the belief that morality is relative is increasing. It is the default position on college campuses today, and students are so entrenched in it they would rather say rape is OK than admit that there are objective values and duties to which we all must conform. The clear good/evil distinction seems out of place in such a world, so why are films that reflect is so incredibly popular, especially with the youth?


How to Kill a Dragon

I think the answer is a simple one. Moral relativism may sound great, but inside most people there's a nagging suspicion that it isn't true. People long for good to triumph and evil to be vanquished. Underneath it all they really want there to be a right and a wrong, a good and an evil, and they want to be able to identify which is which. Hero movies meet this need.

We used to tell myths of knights and dragons to communicate the idea of good conquering evil and right overpowering wrong. I know of no parent who reads such stories to their children any longer. While our film experiences let us escape in the wonder of a world that is morally clear and encourages us to slay our own dragons, our television choices week after week paint in all greys and show how self-justification can be leveraged to help us do what we want, just like Biff Tannen in Back to the Future II. The only question is which timeline will remain as part of our future?