The Scary World of Truth 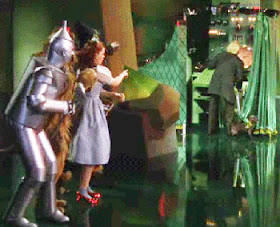 The world can be a scary place. Just yesterday police helicopters were circling the park behind my home searching for a suspect who jumped out of the car and was fleeing through back yards in an adjoining neighborhood. Certainly people should be vigilant when walking in unsafe neighborhoods or unknown city streets.

What's surprising, though, is the fear that so many people have of being exposed to the truth. Philosopher J. Budziszewski in his book How to Stay Christian in College gives one example:


Truth is hot, scary stuff. Truth about God is the hottest of all. It scares some people so badly that they don't even want to search for it. One day in a "great books" course, my students were discussing the great medieval thinker Thomas Aquinas. St. Thomas was a Christian, and some of the students were interested in what he believed about God. As they explored his views, one young man became more and more agitated. Finally he said, "This isn't helping me," and asked whether he could just pick up the assignment and leave. Of course, I said he could.

Later he visited my office, and I found out what his problem was. He told me that he wasn't interested in truth—that the only thing he cared about was what had immediate practical value for him. Searching for truth about God, it seemed, was especially impractical because if he found it, his whole world might turn upside down.

Or could it be that it would turn right side up?[1]

This young man was uncomfortable with dealing with facts that didn't fit into his current belief system. That seems to be the default position more and more these days. I've talked before about how college students have descended into an infantile position of trigger-warnings and campus speech codes. But it isn't only individuals who seem to shrink at facing uncomfortable facts. Yesterday, I wrote about how the media is purposely censoring stories like Planned Parenthood's harvesting and selling of baby organs. They censor the facts that put their favored position in a bad light.

Why are people today so scared of the truth? Because the truth can mean work. It takes work to reexamine how you understand an issue. Questioning one belief may cause other beliefs to be questioned as well. Sometimes one's entire worldview becomes fragile. Sometimes it will take a lot of time and research to figure out how to put your beliefs together in a way that corresponds with the truth and still makes sense. However, it's worth it. If you aren't holding to true beliefs, sooner or later you are going to crash into reality and the consequences can be much worse.

The truth shouldn't scare us. Christians more than anyone else should embrace the truth, even if it means changing some of their positions. I can say that assuredly because I know all truth is God's truth. Jesus declared himself as the way, the truth, and the life (John 14:6). That's why I have taken my sons to listen to atheists. I talk with them about other views. I myself read newspapers and opinion pieces by folks with whom I disagree. Sometimes their views will cause me to reexamine why I believe a certain thing or if my understanding of a particular position is shallow. However, I've never found the truth to undermine the Christian faith.
References