The Odds Against a Natural Account of Life's Origin 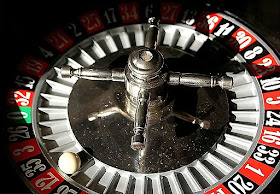 One of the most fundamental questions human beings have asked "Where did we come from?" The Christian will respond that we are creations of God. Modern atheism, though, seeks to erase God from the picture by proposing that we came about as a result of a very lucky combination of material and the laws of science where short strands of polynucleotides—the stuff that makes up our DNA and RNA molecules—would stick together to form longer chains. The story goes that eventually, an RNA molecule would form that could self-replicate and life would begin.

Just how much luck was involved? Dr. David Berlinski discusses it here:


Was nature lucky? It depends on the payoff and the odds. The payoff is clear: an ancestral form of RNA capable of replication. Without that payoff, there is no life, and obviously, at some point, the payoff paid well. The question is the odds.

For the moment, no one knows precisely how to compute those odds, if only because within the laboratory, no one has conducted an experiment leading to a self-replicating ribozyme. But the minimum length or "sequence" that is needed for a contemporary ribozyme to undertake what the distinguished geochemist Gustaf Arrhenius calls "demonstrated ligase activity" is known. It is roughly 100 nucleotides.

Whereupon, just as one might expect, things blow up very quickly. As Arrhenius notes, there are 4100, or roughly 1060 nucleotide sequences that are 100 nucleotides in length. This is an unfathomably large number. It exceeds the number of atoms in the universe, as well as the age of the universe in seconds. If the odds in favor of self-replication are 1 in 1060, no betting man would take them, no matter how attractive the payoff, and neither presumably would nature.1

Following that description, Berlinski notes that Arrhenius seeks to escape his own dilemma by proposing that such long self-replicating sequences may not have been as rare in the primeval earth as they are today. He then answers:


Why should self-replicating RNA molecules have been common 3.6 billion years ago when they are impossible to discern under laboratory conditions today? No one, for that matter, has ever seen a ribozyme capable of any form of catalytic action that is not very specific in its sequence and thus unlike even closely related sequences. No one has ever seen a ribozyme able to undertake chemical action without a suite of enzymes in attendance. No one has ever seen anything like it.

The odds, then, are daunting; and when considered realistically, they are even worse than this already alarming account might suggest. The discovery of a single molecule with the power to initiate replication would hardly be sufficient to establish replication. What template would it replicate against? We need, in other words, at least two, causing the odds of their joint discovery to increase from 1 in 1060 to 1 in 10120. Those two sequences would have been needed in roughly the same place. And at the same time. And organized in such a way as to favor base pairing. And somehow held in place. And buffered against competing reactions. And productive enough so that their duplicates would not at once vanish in the soundless sea.

In contemplating the discovery by chance of two RNA sequences a mere forty nucleotides in length, Joyce and Orgel concluded that the requisite "library" would require 1048 possible sequences. Given the weight of RNA, they observed gloomily, the relevant sample space would exceed the mass of the Earth. And this is the same Leslie Orgel, it will be remembered, who observed that "it was almost certain that there once was an RNA world." 2

This section of Berlinski's article deals with just one step of a multi-step process that would fashion the first life. Other pieces include the advancement from self-replicating RNA to a fully working cell producing the appropriate amino acids and nucleic acids to function as well as assembling the right nucleic acids to construct the polynucleotides to begin with. And we haven't even factored in the problem of chirality.  However, looking at Berlinski's numbers alone, it seems clear that a reasonable person would not assume life came about by dumb luck.