Tips for Sharing Your Faith #5 - Look for Logical Fallacies

When I was in sixth grade, some of my friends and I played an elaborate hoax on the second graders in our neighborhood. We took some ViewMaster projector and some slides of the Apollo missions, a sound effects record, an old reel-to-reel tape recorder and some flashing Christmas lights that we taped t the back of a panel and convinced these kids we were taking them up in space. We tried to think of everything; we even sewed some dime-store space patches on our clothing to simulate uniforms. 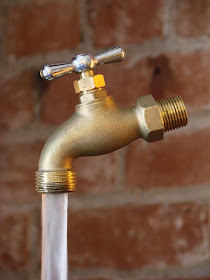 I don't know just how much the little kids really bought, but they sure seemed to swallow the story hook, line, and sinker. The main reason was we had all the trappings right. It looked and sounded like a space launch in their limited experience.

When you are talking about faith and opposing worldviews, many Christians can be just as gullible as the second graders in my story above. They will hear an objection or an argument and because it sounds like a real objection, they assume it is a serious issue. However, the mature Christian will be able to identify what are known as logical fallacies. Fallacies are not real arguments. They're smoke-and mirrors tricks that are not evidence of someone's position. I've reviewed a couple of these before, but I'd like to quickly go through some of the more common ones below.

The genetic fallacy is any argument that draws a conclusion due to an irrelevant aspect of the source. An example I've often used is of an elementary school teacher who taught children their multiplication tables. Imagine that later this teacher was convicted of perjury. Since the teacher is a proven liar, does that mean the children should now not believe that 2x2=4? Just because the source of that fact has been shown to be flawed, it doesn't mean that the particular point you are arguing is flawed, too. Here are some examples of the genetic fallacy:

Argumentum ad Populum, or arguing to the people is saying because an opinion or position is the popular one, it should therefore be believed. However, the popularity of a position doesn't make the position true. Slavery was accepted in the early period of the United States, but that doesn't mean it was right or moral. Here are some examples of argumentum ad populum:

Argumentum ad Hominem means arguing to the man, and it happens when a person attacks the person for some inconsequential reason.  While the most well-known version of the fallacy would include an insult ("You're too stupid for me to believe that!"), many times the ad Hominem argument is more subtle. For example, a Democrat that rejects any statement offered by a Republican because of his party affiliation is committing a type of the ad Hominem fallacy. Here are a couple more:

A false dilemma is when you are offered two choices as the only two possibilities, while more really exist.

Sometimes people will either oversimplify Christian beliefs or completely misstate what Christians believe. Just as a scarecrow stuffed with straw is easier to knock over than a real man, some will construct a straw man of the Christian's beliefs just to more easily knock them down.  (For a fuller explanation of a straw man, see this.) Here are a few straw men that you may recognize:

Appeals to pity are simply trying to not argue on the reasons for a position but rather on making someone feel bad. It tries to play on people's emotions rather than the facts of the matter. You can see this used all the time in political campaigns, where candidates will offer one or two anecdotes of a person who is in a tough spot and then argue that certain policies need to be adopted "to help her out of this difficult time." It's a tug on the heartstrings instead of looking at the argument itself. Here are some more examples:
To see all the posts in this series, click here.

Photo courtesy edgeplot and licensed by the Creative Commons Attribution-NonCommercial-ShareAlike 2.0 Generic License
Lenny Esposito at 7:00 AM