Our culture is changing. The Christian worldview, which was widely accepted when I was a kid has given way to a much more fragmented view of reality. Because of this, Christians cannot assume that those we share with will have the same framework on matters of religion, morality, God, or even the nature of truth. So, it becomes crucial that we learn to listen well, identify the beliefs of those with whom we're conversing, and understand what kind of argument they are making for their position. 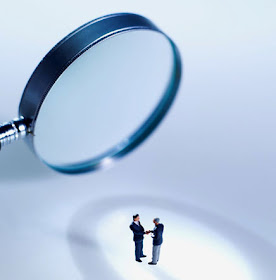 As I said last time, many times when people give reasons for their beliefs, they express only part of what they believe. In order to build an argument, the conclusion must follow from the premises, but many times, one of the premises is only implied, not specifically stated. Let's look again a couple of objections we normally hear from non-believers: "I see an abundance of evil in the world. So, God does not exist."

Here we have a premise ("I see an abundance of evil in the world") and a conclusion ("God does not exist"), but how did the person get from the premise to the conclusion? Christians are aware of the evil that exists in the world just as much as anyone else, but they believe in God's existence. So, there must be a something that's implied in the statement, but not said. Now, we don't really know what that second premise is, but we may be able to take a guess. It seems that by using the word "abundance," the speaker is trying to say something about the amount of evil in the world. Maybe he or she thinks there is too much evil. So, I can make an initial assumption that the person is trying to argue this way:
That argument is valid, in that if both premises are true, the conclusion follows. Before the conversation goes any farther, though, one should make sure that the assumption you make is the correct one! I can't stress this enough. It isn't enough to think that you've figured out your debater's opinion, you need to ask and clarify it with him or her. So, you may want to ask "Are you saying that if God exists, He would not allow an abundance of evil in the world?" By verbally expressing the hidden premise, you can confirm the person's argument and you know you are moving in the right direction instead of arguing against a position the other person doesn't really hold.

Now, you can begin to focus on the problem with the argument. It isn't at all clear that premise #1,the hidden premise, is true. How do we know that God does not allow a certain amount of evil for a short time in order to achieve other ends? How do we know what "an abundance" means? How do we know that the world wouldn't be even worse than it is now except for the restraining hand of God (think the alternate 1985 of Back to the Future II)?

Here's another "I don't believe in God. How can you believe in an all-loving God that would send people to hell?" This one is a bit trickier, since it's a single sentence, but you can at least identify that the questioner is juxtaposing God's love with His sending people to eternal punishment. So we build the argument by rephrasing the question as different statement:
You can see right away there are a couple of different ways you can take this argument, the most effective would be to question the hidden premise. Why should someone believe that an all-loving God wouldn't send at least some people to hell? Did Hitler deserve hell? Is it all-loving to allow criminals to escape without penalty? How does an all-loving God promote justice?

By trying to identify hidden premises and the underlying arguments your challenger is making, you can hone your discussion to a more fruitful area. The key here is to keep asking questions until you understand all parts of the actual objection. Then you can begin to argue more effectively.
Lenny Esposito at 1:13 PM