Why Your Mind Cannot Be Your Brain

When I was a child, my mother used to look in at the clutter of room and exclaim, "How in the world can you leave your room in such a mess? Have you lost your mind?!" My mom's statement was hyperbole. She was expressing both disapproval with my living in a way that contradicts appropriate practice and bewilderment at why I would even want live in such a state of disarray. It simply made no sense to her how a teenage boy could say he cared for his things while treating them as such. Of course a lot of this was simply immaturity expressing itself through laziness. Today, it does not take a pole vault to get from my door to my bed. 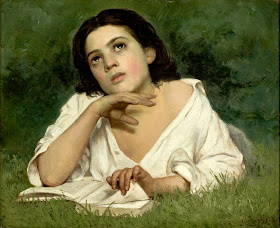 However, I fear that our today culture is in danger of losing our collective minds. As I've stated before, we live in an age where science is lauded above all else. With the overemphasis on science comes a presumption of materialism—that is that the material aspects of ourselves are the only things that are real or they are the only things that really describe us and our actions. Neuroscientists scan the brains of serial killers, looking for some physical trace as to why those individuals would commit such heinous acts, even if the findings show that they themselves have the same physical traits as the killers!

The problem is that while modern scientists assume that brain scans are all we need to understand the mind, no one should make the mistake that the mind is the brain. The mind is something completely different than the brain and one can see that in several ways.

First off, when we talk about the mind, we are referring to things called mental states. These include thoughts about something, experience, will or desire, intentions and things of this sort. A serial killer has intent to hunt and kill a victim even before he does so. After News Year's Day, many of us change our eating habits because we have an intent to lose weight, so we conform our actions to our intent. Notice that biologically, the drive to eat would make sense. We feel hunger. But our intention overrides that natural feeling and we curb our eating anyway.

Things like thoughts, ideas, desire, intention, and will are qualitatively different from brain states. A thought contains content that is not physical at all. Think of the sentence "I think, therefore I am." That sentence holds an idea, a concept that doesn't exist physically. If you are reading this on a computer right now, you cannot understand the sentence in the least bit if you were to measure its length and width on your screen. Neither will it help you if I explained the inner workings of my computer and told you how electrons traveled from my keyboard through my CPU, how data is stored on servers on the Internet and how it's delivered to your device. None of this tells you anything about the sentence, what it means, or whether its true. The idea is independent of the mechanism by which it is delivered. The idea is understood by the mind, regardless of how it was perceived by the senses and brain.

Because ideas are fundamentally different, we must recognize that they are not physical, and the same is true for thoughts, desires and other mental actions. It makes as much sense to say that my intent to lose weight rests 4.5cm from my right ear near my cerebellum as it does to measure the letters on your screen to understand a sentence. Mental states simply cannot be described using physical descriptors. That should be a tip off that mental states are fundamentally non-physical. The working of the mind, therefore, is not the same thing as the working of the brain. The mind is an immaterial aspect of a person. Thus, a person must be made up of material and immaterial components. That part of a man that is immaterial is the part Christians identify as the soul and the mind is one part of a man's soul.

In the rush of science to reduce knowledge to those things that are physical, they have run roughshod over the idea that the mind is distinct from the brain. Brain scans are supposed to tell you your thoughts, even though such a process is completely incapable of so doing. Such a concept bewilders me as much as my messy room confused my mother. It shouldn't be considered appropriate practice and I believe it reflects a level of ignorance and immaturity among its adherents.

A mind is a terrible thing to waste. Don't lose yours in the hype.
Lenny Esposito at 11:46 AM