The Myth of the Christian "Dark Ages" 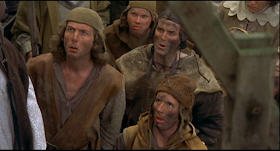 In my college history class, I was assigned the book The Discoverers by Daniel J. Boorstin. It was an interesting and eminently readable tome, becoming a best-seller. In what is labeled "a personal note to the reader," Boorstin states that he is a champion of the discoverer and that "the obstacles to discovery—the illusions of knowledge—are also a part of our story. Only against the forgotten backdrop of the received common sense and myths of their time can we begin to sense the courage, the rashness, the heroic and imaginative thrusts of the great discoverers. They had to battle against the current 'facts' and dogmas of the learned.1"

I believe Boorstin is correct in that for us to properly understand the momentous changes that paved human advancement we must look at the truth of historical setting and detail. Unfortunately, one area where Boorstin himself succumbs to the "current facts and dogma" that plague us today is the claim that the medieval period, when Christendom became dominant in Europe, ushered in some kind of dark ages.

In chapter thirteen of The Discoverers (not so subtly entitled "The Prison of Christian Dogma"), Boorstin writes that Christians in the medieval period abandoned the work of discovery in order to generate simple, theologically appealing frames that were divorced from, fact. He claims "the leaders of Christendom built a grand barrier against the progress of knowledge about the earth, "and that "we observe a Europe-wide phenomenon of scholarly amnesia, which afflicted the continent from A.D. 300 to at least 1300."2


The Explosion of Advancement in Medieval Europe

Boorstin's view is a popular one; the Middle Ages were a dark and regressive period for Europeans. The Church was supposedly a science-stopper and anyone who wishes to look for scientific leaps that would lead to human flourishing must at this point in history turn to the Muslims or the Orient.  But it simply is a false view. Rodney Stark, Distinguished Professor of Social Sciences at Baylor University, clarifies:


Granted, like the Muslim conquerors, the Germanic tribes that conquered Roman Europe had to acquire considerable culture before they measured up to their predecessors. But, in addition to having many Romans to instruct and guide them, they had the Church, which carefully sustained and advanced the culture inherited from Rome. What is even more significant is that the centuries labeled as the "Dark Ages" were "one of the great innovative eras of mankind," as technology was developed and put into use "on a scale no civilization had previously known." In fact, as will be seen, it was during the "Dark Ages" that Europe began the great technological leap forward that put it far ahead of the rest of the world. This has become so well known that rejection of the "Dark Ages" as an unfounded myth is now reported in the respected dictionaries and encyclopedias that only a few years previously had accepted and promulgated that same myth. Thus, while earlier editions of the Encyclopaedia Britannica had identified the five or six centuries after the fall of Rome as the "Dark Ages," the fifteenth edition, published in 1981, dismissed that as an "unacceptable" term because it incorrectly claims this to have been "a period of intellectual darkness and barbarity."3

In his book God's Battalions, Stark notes there were tremendous advancements in the technology of the day, such as swivel-axeled wagons, shoes for horses, and better harnesses.  The plow was also redesigned and farming techniques, including the rotation of crops allowing fields to rest and not become nutrient-drained were adopted.

Putting the ability of horses with their new harnessed together with the more efficient plow had a huge impact on lifespans. Stark notes "land that could not previously be farmed, nor not farmed effectively, suddenly became very productive, and even on thinner soil the use of the heavy moldboard plow nearly doubled crop yields."4

Adding this to the improved farming techniques, Stark concludes:


As a result, starting during the "Dark Ages" most Europeans began to eat far better than had the common people anywhere, ever. Indeed, medieval Europeans may have been the first human group whose genetic potential was not badly stunted by a poor diet, with the result that they were, on average, bigger, healthier, and more energetic than ordinary people elsewhere.5

Stark offers more and more varied examples of how during the Middle Ages that Christian Europe's "technology and science overtook the world" in his book The Victory of Reason: How Christianity Led to Freedom, Capitalism, and Western Success, but this will serve us for now. The idea that Christianity was a science-stopper in the Middle Ages is nonsense. Christianity not only taught that God's word was to be discovered, but it taught that all human beings are inherently valuable and both these key concepts made the Western world the leader it is today.