Why Believing in Miracles is Not Illogical 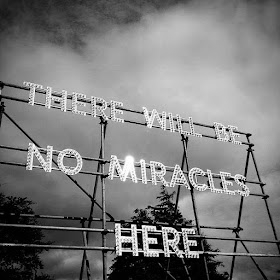 When Christians believe in miracles, are they being irrational? A recent Pew Research article entitled "Why America's 'nones' left religion behind" held this interesting quote:


About half of current religious "nones" who were raised in a religion (49%) indicate that a lack of belief led them to move away from religion. This includes many respondents who mention "science" as the reason they do not believe in religious teachings, including one who said "I'm a scientist now, and I don't believe in miracles." Others reference "common sense," "logic" or a "lack of evidence" – or simply say they do not believe in God.1

There's a whole lot in that paragraph to unpack. However, the claim that faith is somehow against logic caught my eye. Just how would Christianity be illogical? One claim made by atheists is that believing in miracle accounts like those presented in the Bible is itself illogical.

The charge that believing in miracles is illogical as a long history, and most will point to David Hume's famous essay "On Miracles" in his An Enquiry Concerning Human Understanding. There, he makes this charge:


A miracle is a violation of the laws of nature. There must, therefore, be a uniform experience against every miraculous event, otherwise the event would not merit that appellation. And as a uniform experience amounts to a proof, there is here a direct and full proof, from the nature of the fact, against the existence of any miracle.2

What is a Miracle?

I think Hume makes two mistakes in his assertion above. First, his definition of a miracle, while widely repeated, is simply wrong. It isn't what Christians believe. Miracles are not violations of the laws of nature, but God's direct interaction to suspend his natural laws, which is a big difference.

To clarify, one must understand what we mean when we use the term natural law to begin with. A natural law is simply the way certain portions of the material world work. For example, any two objects will be attracted to one another and that attraction multiplies based on how much mass the objects have and is inversely proportionate to how far away they are. The bigger the objects and the closer they are, the greater the attraction. This is what is known as the law of gravity. If I drop a rock, it will fall towards the earth, because the mass of the earth is so big it pulls on the rock more than the rock pulls on it.

To violate the law of gravity, one should see a rock not fall to the earth even though there is nothing impeding its fall. A violation means all things were the same, but the outcome is different. But that isn't what's happening in a miracle, because with miracles we have an additional actor: God. It isn't the case that all things are the same.

This is why miracles shouldn't be considered a violation of a natural law, but God suspending natural law by his power. God is in some way defeating the natural outcome by inserting himself into the mix, just as I can defeat the natural outcome of the falling rock by sticking out my hand and catching it before it hits the ground. Philosopher Richard Purtill agrees. He defines a miracle as "an event in which God temporarily makes an exception to the natural order of things."3

Given that understanding of what a miracle is, we can create the following argument:

C1: Therefore, God can suspend nature's laws.
C2: Therefore, God can perform miracles.
So, miracles are not in themselves illogical if God exists and he created the universe with its natural laws. For miracles to be illogical, the premise that such a God exists must be shown to be false. That means those who reject God because of the illogic of miracles are actually begging the question! They are assuming God doesn't exist to prove God doesn't exist. That's the truly illogical position to take.