Starting God Conversations: State it Back to Them 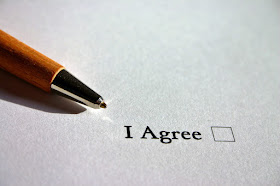 Certainly we've all heard the bromide that one should never discuss politics or religion in polite conversation. It's been around for quite some time. In Thomas E. Hill's 1884 book on how to communicate properly in social and business settings, under the section entitled "Etiquette of Conversation" he warns his readers against such exchanges because "to discuss those topics is to arouse feeling without any good result."1

Most people would be inclined to agree with this. Even evangelical Christians wince at sharing their faith. Many times they can remember striking up a conversation with a friend or family member, hopeful that they'll get to share the Gospel, only to have it degenerate into a tense, loud, back and forth where there's more heat than light exchanged.

But it doesn't have to be that way. With respect to Mr. Hill, conversations about faith don't have to be disagreeable even when the participants disagree. I've had many extended conversations with atheists who have actually thanked me for discussing those issues with them. Previously, I explained how Christians can easily and graciously start God conversations by taking the" class photo" approach. Today, I'd like to continue in that vein by discussing a second step that will help keep the level of discourse high and the hurt feelings at a minimum.


Making sure you understand

Atheist Peter Boghossian likes to tell Christians their faith is "belief without evidence" or "pretending to know something you don't know." 2 But this isn't what faith is and it isn't the faith the Bible describes. In telling Christians what they believe and misrepresenting their understanding of their own belief, Boghossian has created a caricature of the Christian understanding of faith. He's set up a straw man that is easy to knock down. Of course, being told that you are pretending to know something you don't know is actually insulting and it shows the other person isn't interested in really knowing what you believe or why you believe it.

But atheists aren't the only ones who are guilty of such moves. Christians can be equally as culpable. It's easy to dismiss atheists as people who only want to live without any rules or some similar charge. Unless they've told you, you don't really know what they believe about the point in question.

This means you need to ask them not only what they believe but why they believe it. In fact, asking probably isn't enough, since we tend to interpret what we hear through our own viewpoints and experiences. The best thing to do is repeat their beliefs back to them using different wording and perhaps even an example. Make their argument as if you held the same view they did use phrases like "Do you mean..." and "So you believe X because you think Y is true."

By repeating their argument back to them, you'll find out a few very positive things happen:
So, don't be afraid to ask about a person's beliefs and the reasons they hold them. Repeat them back. If you've misunderstood, then they will most likely correct you. But make sure you get their position right before you attempt to tell then why your position makes more sense. To do otherwise is simply insulting.