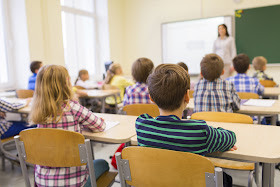 What counts as state-sponsored indoctrination? That's a question that has increasingly come under examination, especially with regard to the establishment of religion. In the United States, the First Amendment to the Constitution declares that "Congress shall make no law respecting an establishment of religion, or prohibiting the free exercise." The amendment limits the power of the Federal government from creating or giving favor to a specific religious entity or belief system.

Atheist advocacy groups have taken the first portion of that statement, known as the establishment clause, and interpreted it very broadly. Organizations such as the Freedom from Religion Foundation and the Americans for the Separation of Church and State continue to file lawsuits against cities or public agencies for displaying crosses on hilltops or Nativity scenes at Christmas. They complain that these displays amount to an endorsement of one kind of viewpoint, and since their content is religious it violates the establishment clause.

Such charges have followed into even the public school system, where attempts to teach the problems with neo-Darwinian evolutionary models have been shut down. Neo-Darwinism has at its core unguided and purposeless changes in the genome, which are then established and propagated through natural selection. If one were to challenge this viewpoint, one must presuppose some kind of non-purposeless process; we call such causes intelligent and the challenging idea is labeled intelligent design.

Of course, intelligent design has been fought vigorously by the atheist groups as being religious. While intelligent design does not support any specific religion itself, these groups feel that any school district teaching intelligent design is using a public institution supported by tax dollars to advance a particular religious view. They claim this violates the First Amendment's Establishment clause.

The most well-known of these challenges was the high-profile Kitzmiller v. Dover Area School Board trial, where this line of reasoning was used extensively. Of course, intelligent design has been fought vigorously by the atheist groups as being religious. An article in Time magazine summarized their charge well, saying "intelligent design is inherently religious since it relies on a supernatural creative force, which cannot be tested or proven by scientific experiments."1

Here's the thing in all of this, it is impossible to take a position and not use public agencies or public tax money to thrust some kind of belief system upon others. If one holds that displaying a Nativity scene or a cross on a mountaintop advocates for a specific religious position, then demanding the public schools teach that there is no God who took part in the origin or the development of life also advocates for a specific religious position, namely the position that any belief system holding a contrary view is wrong. If affirming a religious claim violates the First Amendment's establishment clause, then demanding a denial of that claim does so as well, for the subject of the claim is religious in both instances.

So, how is it the public schools are leveraged and my tax dollars are spent on actively advocating for a no-God position regarding life and this isn't also violating the Establishment clause? If any kind of intelligent agency proposal is banned, then there is a clear bias towards a non-belief in God presented in the instruction.  It seems to me those who complain about religious messages being offered through public agencies aren't worried at all when the message is the one they wish to communicate, only when it is one with which they disagree. That is the kind of position the First Amendment was meant to guard against.