Does "The Father is Greater than I" Undercut the Trinity? 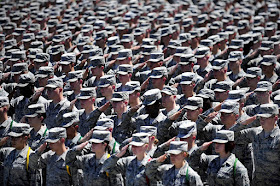 One of the benefits of moving to a new home is my new address isn't "marked" by Jehovah's Witnesses or Mormons and I get to engage with those who would knock on my front door. Today, I received my first call from two ladies representing the Jehovah's Witnesses. They began by asking if I believed people could live forever on earth. I replied that in a sense I did believe that, but I followed it up with one of my own, asking just who those are that qualify for such a blessing. The older lady responded by reading John 17:3, which is a standard verse the Witnesses use: "This means everlasting life, their coming to know you, the only true God, and the one whom you sent, Jesus Christ" (NWT).

The verse led us to the nature of who Jesus is. If one is to know Jesus, then one must properly understand how the Bible portrays Him. It is very clear that over and over again, the Bible equates the person of Jesus of Nazareth with Jehovah God. One can clearly see this in how Jesus forgives sins in Mark 2:10, how the Father commands even the angels to worship him in Hebrews 1:6, and how he even ascribes the very names of God to himself in Revelation 22:13 – basically an outline of the HANDS argument. I also had them read John 1:3, and explained how Jesus cannot be a created being, but must be the eternal God.

The ladies directly asked if I believed in the Trinity, and one explained how she simply could not. She said passages like John 14:28 where Jesus states "The Father is greater than I"(ESV) show that Jesus could not be God. Other passages seem to reinforce this idea. 1 Corinthians 11:3 declares, "the head of every man is Christ, the head of a wife is her husband, and the head of Christ is God" (ESV). These verses show Jesus's subordination to the Father.

My Witness friend offered this analogy:

I agreed that such a picture of authority properly reflects the passages. But I said that isn't the whole story:


Let's continue with your analogy. Imagine all is as you said and a thief broke into our house one evening to rob us. While inside, either my father or myself woke up and went to investigate. The thief shot and killed the investigator but was later apprehended. Now, let me ask you a question. Is the crime more severe if the man the thief shoots is my father and not me? Wouldn't the homicide be equally wrong no matter if it was my father or myself who was murdered? I think we can agree it would be. That's because the authority one recognizes is different than the inherent worth of the person. While I may choose to place myself under my father's authority, it doesn't make his humanity more human than mine. A general and a private are both equally valuable human beings, the only difference is one where a person chooses to recognize the authority of another.

The ladies agreed that this was reasonable. I continued:

Their first reply was "So, you believe in the Trinity," which I saw immediately closed them off to exploring the topic further. In their minds, the word Trinity was forbidden and they began immediately writing off whatever else I said on the topic, ultimately dismissing themselves. This was a shame, as they agreed with all I said up to that point.

I pray that our conversation will give these ladies more to think about. But they shouldn't have to think that because Jesus submits to the authority of the Father means Jesus is not fully God as well as fully man. His essence is divine, as it has been from all eternity. His relation to the Father is as the Son, which means he submits himself to the Father. The two concepts are different.
Lenny Esposito at 12:37 PM