How the Resurrection Changed Jewish Minds 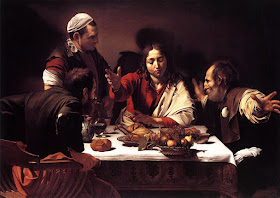 This week is Holy Week, where Christians mark the suffering, death, and resurrection of Jesus. No matter if you're a believer or not, it is clear that Easter changed history. Christianity was the most radically transforming movement in human history; and something started that cascade of transformation.

If we are to understand the transforming nature of Easter, we need to look no further than the very beginnings of the faith. Jesus's followers were Jewish and they held to standard Jewish beliefs. They expected a Messiah, a savior, to be a political or military leader who would deliver Israel from Roman oppression and restore the glory of David's throne. They expected to observe the Jewish Levitical laws unto death and that resurrection was an event reserved for the end of time.

All those beliefs changed the day Jesus rose from the dead. As N.T. Wright explains, his resurrection was a paradigm shift for both Jesus's followers and even Paul, who would consider himself an adversary:


The first and most obvious conclusion which the disciples would have drawn, as soon as they came to believe that Jesus of Nazareth had been bodily raised from the dead, was that he was indeed the prophet mighty in word and deed, and that he was, more particularly, Israel's Messiah. This would not be because they had already believed that the Messiah, when he came, would be raised from the dead, but because the Jesus they knew had been tried and executed as Messiah, and this extraordinary and unexpected event (as it seemed to them) had apparently reversed the verdicts of both the Jewish and the Roman courts. We can see at several points in the New Testament, not least in Paul and Acts, the way in which the church scrambled to pull together biblical texts to make the connection between Messiah and resurrection, a connection which nobody had thought necessary before but which suddenly became the key move in early Christology. The texts strongly suggest both that this was a new connection and that it was the first vital link in the chain.

From that point on, our best early evidence is Paul. He had, in the senses we have explored, a different kind of meeting with Jesus, but he quickly came to the conclusion which the others, too, had arrived at: that in this Jesus, now demonstrated to have been Israel's Messiah all along, Israel's one true god had been not merely speaking, as though through an intermediary, but personally present. [1]

The paradigm shifting nature of the Resurrection coupled with its quick adoption by thousands of Jewish converts argues against its story being fabricated. It is simply much harder to believe that a Jewish culture so steeped in monotheism and Jewish tradition would give up their beliefs so easily had there not been more than the tales of a few rural fishermen. Paul's conversion screams the loudest against fabrication.

The Resurrection has been changing minds and hearts ever since that first Easter morning. Its power rests in its truth.