The Unvarished Bias of Scientism 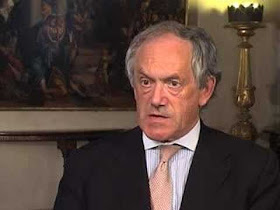 Recently, an episode of the Unbelievable? program featured a discussion on whether it is reasonable to claim that advances in science somehow undermine the existence of God. It pivoted on the assertion that science and religion are somehow opposed to one another, In other words, once certain scientific explanations for some observed phenomena are found, it removes the need for God to "do that."

The show pitted mathematician and physics Dr. David Glass against Oxford Emeritus Professor Peter Atkins and humanist James Croft. Peter Atkins is a physical chemist and a primary example of what it means to believe in not simply science, but scientism.

Atkins over and over again characterizes any appeal to a divine intelligence for explaining why things are the way they are as "lazy." It's as though the more he repeats the charge, the more believable he thinks it becomes. Then, at about the 44:52 mark, he offers this statement:


I'm just taking the world as it seems to me, from an utterly unprejudiced point of view. Lying here, looking at the evidence, assessing the evidence, accepting that this purported alternative explanation has arisen from sentiment, misogyny, power, hegemony, you name it… fear of personal annihilation, manipulation. All those things don't convince me that it's a better explanation.

Is this really the viewpoint of someone who holds an "utterly unprejudiced point of view?" Such a claim is farcical on its face. This isn't a one-off comment, either. Earlier in the program, he explained why he rejects theism as holding any sort of explanatory power:


I accepted right at the beginning that you can't disprove the existence of God, because as James [Croft] said, it's such a slippery and ill-defined concept. But what you can do is to understand how people came to believe that "God did it." That is, it's driven by sentiment, fear of personal annihilation, and cultural pressures, and history, and power grabbing, and all the things that go into religious belief. But if you discard those and you're left with trying to understand a mechanism by which the world works, a mechanism how it came into existence, then the only answer is through the scientific method, which is a procedure that depends upon evidence and setting theories into a whole network of understanding.

During the conversation, Glass queries Atkins and asks him how he proposes to use science to explain things like objective moral values, mathematics, and logic. Atkins retorts that ethics indeed can be explained via evolutionary survival principles, thus completely missing the distinction between functional outcomes and moral reality.

Atkins' dodge should be noted. He cannot discuss how science claims to account for mathematics or the laws of logic. That's because it is impossible to do so, for science must assume these things before it can even start.

Even leaving all that aside, any person who is even half-interested in the truth will recognize that Atkins is anything but unbiased when trying to understand how beliefs are formed. His vitriolic mischaracterization that all cultures across all societies throughout history came to the conclusion of a creator for the material world because of sentiment, power, and hegemony is shameful. Has Atkins bothered at all to look into this matter? Why doesn't he acknowledge that world-class scientists like Francis Collins, who is doing top-notch work, would be deeply offended at such a characterization?

Atkins' statements do serve a purpose. They functions as evidence for only one conclusion: Atkins is the one corrupted by bias. He's the lazy one who isn't interested in seeking answers. He simply wants to throw insults, and his opinions on this issue can be ignored.
Lenny Esposito at 1:49 PM