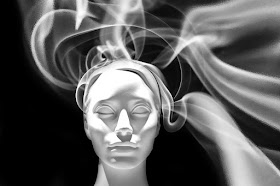 In his groundbreaking book Mind and Cosmos: Why the Materialist Neo-Darwinian Conception of Nature is Almost Certainly False, philosopher Thomas Nagel identifies consciousness as a problem for not only the materialist (one who believes only physical/material things exist), but also the evolutionist. He makes the case that consciousness cannot be simply reduced to physical processes like brain synapses firing firstly because there is a difference between a brain state and the concept of pain and secondly because subjective experiences show that physical processes cannot explain all aspects of mental consciousness.

Nagel then focuses on the problem of the origin of consciousness, which he sees as a crucial issue. All evolutionary theories must account for our mental states if they are to be held as the only explanation for our existence. But since mental states cannot be accounted for through purely physical means, it is no surprise that absolutely no kind of Darwinian account exists other than assuming consciousness as a brute fact. This holds huge implications, as Nagel states:


What kind of explanation of the development of these organisms, even one that includes evolutionary theory, could account for the appearance of organisms that are not only physically adapted to the environment but also conscious subjects? In brief, I believe it cannot be a purely physical explanation. What has to be explained is not just the lacing of organic life with a tincture of qualia but the coming into existence of subjective individual points of view—a type of existence logically distinct from anything describable by the physical sciences alone. If evolutionary theory is a purely physical theory, then it might in principle provide the framework for a physical explanation of the appearance of behaviorally complex animal organisms with central nervous systems. But subjective consciousness, if it is not reducible to something physical, would not be part of this story; it would be left completely unexplained by physical evolution—even if the physical evolution of such organisms is in fact a causally necessary and sufficient condition for consciousness.

The bare assertion of such a connection is not an acceptable stopping point. It is not an explanation to say just that the physical process of evolution has resulted in creatures with eyes, ears, central nervous systems, and so forth, and that it is simply a brute fact of nature that such creatures are conscious in the familiar ways. Merely to identify a cause is not to provide a significant explanation, without some understanding of why the cause produces the effect. The claim I want to defend is that, since the conscious character of these organisms is one of their most important features, the explanation of the coming into existence of such creatures must include an explanation of the appearance of consciousness. That cannot be a separate question. An account of their biological evolution must explain the appearance of conscious organisms as such.