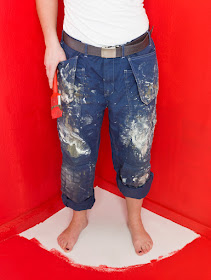 According to atheists like Daniel Dennett, religious belief is a falsehood that arose via evolutionary processes. In his debate with Alvin Plantinga on the topic "Science and Religion: Are they Compatible?" Dennett said "I think that the natural sciences can provide us with a very compelling explanation of why and how people came to believe in God, which does not at all suppose that it would be a true belief. But if we can diagnose the etiology of the belief in God, we can even make predictions about how and why this would be the case and how it would work. Then, we have undercut the presumption that because so many people believe in it, it must be true."1

This kind of thinking is fairly prevalent in certain atheist circles, used mainly to explain why belief in a god or God is found across all cultures throughout all times in human history. The universal nature of religious belief poses a bit of a dilemma for the atheist, as it demonstrates the desire to reach out to a higher intelligence is as natural as wanting to fill one's stomach. C.S. Lewis famously observed:

If Lewis is wrong, it means that most of humanity has a false desire to believe in God. But given its falsehood, how can naturalists explain its universality? The answer that Dennett and others offer is that such a belief was in its way evolutionarily advantageous. Dennett argues for this view in his book Breaking the Spell: Religion as a Natural Phenomenon. In the debate he explained why he believes he's justified in looking to science to explain religious belief: "If we have a good theory that explains how massive systematic falsehoods could arise in the human population and be maintained over generations, then that in itself is a pretty good reason for supposing that we've got a good handle on this, better than their handle on science."3


The Elephant in the Room

Here's where Dennett runs into a wall, though. The very fact that our reasoning ability exists at all on a naturalistic understanding of the world is due to evolution on his view. We trust our reasoning abilities to give us true facts about the world. One of those true facts that Dennett and other naturalists hold is there is no God, evolution can account for our belief system. But why should I think that belief is any more true than the belief that God exists, if Dennett is right?

In fact, why should we place our trust in human reasoning ability at all if evolution produces huge whoppers of falsehood that permeate all of humanity? Why should we trust our evolved monkey-brains reason to ward s some kind of external truth about where we came from, given Dennett's explanation?

As I've argued in True Reason: Confronting the Irrationality of the New Atheism:


Basing our ability to reason on a cause-and-effect model doesn't make sense. Reason is not the kind of thing that can be explained by examining the makeup of the brain or its physical processes. Reason must be oriented toward an objective external reality and our ability to tap into that reality. In fact, if naturalism is true, it means either that what we take to be rationality is either in no way grounded in external, objective truth (and as such cannot be called rational), or we're fooling ourselves into thinking that rationality exists at all.5

It seems to me that by holding to religion as an evolutionarily produced falsehood, the naturalist loses his entire foundation to assert that his explanation is itself true. He's undermined not simply evolutionary belief but rationalism itself.