Is It OK for God to Kill and Torture People?

One of the things I enjoy most when watching debates is the Q&A time afterwards. It allows people to ask questions that may not have been directly addressed in a debate format. In my 2012 debate against Richard Carrier, we also hosted a Q&A time. Questions for each participant were alternated and the participant was given two minutes for a reply with a one minute rebuttal from the opponent. This seemed fair and would allow more audience member to ask questions. Of course, the format is also limiting, as a recent article that criticized one of my responses shows. 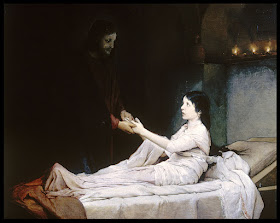 In the Q&A, I was asked, "You stated that you believe torture to be wrong in every situation, correct?" I corrected the questioner that my claim in the debate was torturing babies for fun is wrong in all situations. In the debate I had used this illustration to show that all moral values are objective. The questioner responded, "Given that, your Bible-God tortures babies if you're of the predestination camp. Why do you admire a god that does things you would despise in a man?"

The question is obviously a loaded one. As I immediately said in my reply, to assume that God tortures babies is a false assumption. There are many issues with it, but let's take them one at a time.


God Does Not Torture People in Hell

The idea of Hell is painted as God torturing people. That's a misunderstanding of Hell itself. To understand Hell, one must first understand God. God is the source of all goodness and perfection. James 1:17 tells us "Every good and perfect gift is from above, coming down from the Father of the heavenly lights, who does not change like shifting shadows." That means all the pleasure and goodness we experience ultimately has its source in Him. When a person rejects God and His provision for atonement, God will not force himself upon that individual.

After a person dies his soul must reside somewhere. So God will, for lack of a better word, quarantine him in a place where he's separated from God's relational presence. But in so doing, the person is also separated from God's good gifts. Thus the restlessness and anguish experienced by those in Hell are a direct result of their separation from God. Hell is symbolized as a place of eternal fire, but theologians don't hold to that as a literal description.

For those that are interested, you can read a more extensive answer in this 1997 article posted at the Come Reason site. God is not like some gleeful Dungeon-Master placing people on the rack or in an Iron Maiden. He is not executing tortures. He separates those who themselves have chosen to separate themselves from him. The consequences of that separation are what become agonizing.


God Does Not Send Babies to Hell

Notice that the questioner asked specifically about babies in his question. He qualified his claim with "if you're of the predestination camp." I believe the questioner was trying to point to the view of certain people who hold to a specific Calvinist theology. Such a theological position certainly isn't reflective of all of Christendom. It isn't even held by the majority of Christians. To universally impugn a belief in God for the position of a minority is grossly unfair. It isn't my position, either. I don't believe God sends those who die as babies to Hell. I argue that in this article,, so I won't take the time here.


Is the Author of Life Allowed to Take Life?

Most of my response to the questioner focused on whether God should be allowed to take a life, such as the life of a child. I had thought death was the focus of his objection. I therefore argued that God, as the author of life could also take life. I said, "The idea of giving life and taking life, if you're the creator of life it's in your purview to do so." At the end of my response, he clarified that he was talking about Hell, not simply death. My time had run out, but I was able to repeat I don't believe his premise is true.

When I say God is the creator of life, I don't mean only that God created specific lives. I mean God is the one who created that thing that animates living beings, the vita if you will. Science fiction stories often talk about this as a "life-force." Job 12:10 declares in God's hands "is the life of every living thing and the breath of all mankind."

Atheist blogger James Kirk Wall saw the debate exchange and challenged my answer. He asked "I'm [my dog] Frankie's owner. Now, just because I'm Frankie's owner does that mean I can be cruel or harmful to Frankie? Would it be OK since I'm his owner for me to torture the poor guy? ... What if I created Frankie; what if I created him in a test tube in some laboratory? Would that then make it OK? And of course, the answer is ‘no.'"1 (One wonders how consistent Wall's position on this topic is when we turn from dogs to abortion.)

But this analogy is incorrect. While we may be able to use IVF or even clone dogs in a lab, we do not have the power to bestow life. No one can take a bunch of non-living material and make something that's alive. That was one of the six points I argued in the main debate. As the giver of life itself, it is well within God's authority to take life as well. And as I sought to argue, God may have morally sufficient reasons to take a life at a particular time.

The scratched car analogy I used was perhaps clumsy. It wasn't referring to a person, but to life itself. Life is the car that God owns. Unfortunately, when I better understood the questioner's objection was focused on the agonies of hell, I had run out of time. Still, it should be clear that God doesn't "own" people. That's why people go to Hell; they can of their own free will reject him. But he does have the power over life and death and it is properly his to use as he sees fit.