Why Did the Culture Shift on Same-Sex Marriage? (video) 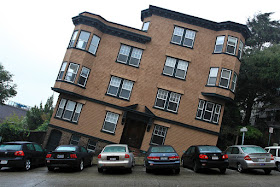 In this video, Lenny looks at the rise of the homosexual rights movement. He traces the coordinated effort to de-vilify homosexuality by masking it in popular media and how the Church didn't offer any good arguments against the push by activists. He also tells why it isn't too late to reclaim the high ground in the same-sex marriage debate. This video is the first in a three part series on building the case against same-sex marriage.