There Are No Blind Forces worth Speaking about in Nature 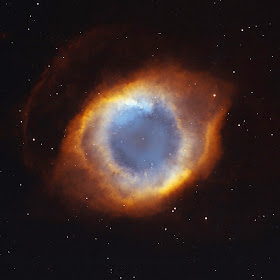 Sir Fred Hoyle was an amazing scientist, knighted by Queen Elizabeth for his contributions to theoretical astrophysics. Hoyle was not a theist, but he had grave doubts about life coming into existence on earth by itself. In his 1981 paper "The Universe: Past and Present Reflections" he laid out some of the evidence pointing to the fine-tuning of the universe and why he felt that the explanation of natural processes simply didn't work. Here are some excerpts from that paper:


The big problem in biology, as I see it, is to understand the origin of the information carried by the explicit structures of biomolecules. The issue isn't so much the rather crude fact that a protein consists of a chain of amino acids linked together in a certain way, but that the explicit ordering of the amino acids endows the chain with remarkable properties, which other orderings wouldn't give. The case of the enzymes is well known. Enzymes act as catalysts in speeding up chemical reactions that would otherwise go far too slowly, as in the breakdown, for example, of starch into sugar. If amino acids were linked at random, there would be a vast number of arrangements that would be useless in serving the purposes of a living cell. When you consider that a typical enzyme has a chain of perhaps 200 links and that there are 20 possibilities for each link, it's easy to see that the number of useless arrangements is enormous, more than the number of atoms in all the galaxies visible in the largest telescopes. This is for one enzyme, and there are upwards of 2000 of them, mainly serving very different purposes. So how did the situation get to where we find it to be? This is, as I see it, the biological problem - the information problem.

It's easy to frame a deceitful answer to it. Start with much simpler, much smaller enzymes, which are sufficiently elementary to be discoverable by chance; then let evolution in some chemical environment cause the simple enzymes to change gradually into the complex ones we have today. The deceit here comes from omitting to explain what is in the environment that causes such an evolution. The improbability of finding the appropriate orderings of amino acids is simply being concealed in the behavior of the environment if one uses that style of argument.

The potentiality of a cosmic system of life was so enormous compared to an earth-bound system that it was possible to rest content with the situation for awhile. But eventually I came to wonder if the potentiality of even a cosmic system was really big enough. In thinking about this question I was constantly plagued by the thought that the number of ways in which even a single enzyme could be wrongly constructed was greater than the number of all the atoms in the universe. So try as I would, I couldn't convince myself that even the whole universe would be sufficient to find life by random processes - by what are called the blind forces of nature. The thought occurred to me one day that the human chemical industry doesn't chance on its products by throwing chemicals at random into a stewpot. To suggest to the research department at DuPont that it should proceed in such a fashion would be thought ridiculous. Wasn't it even more ridiculous to suppose that the vastly more complicated systems of biology had been obtained by throwing chemicals at random into a wildly chaotic astronomical stewpot? By far the simplest way to arrive at the correct sequences of amino acids in the enzymes would be by thought, not by random processes. And given a knowledge of the appropriate ordering of amino acids, it would need only a slightly superhuman chemist to construct the enzymes with 100 percent accuracy. It would need a somewhat more superhuman scientist, again given the appropriate instructions, to assemble it himself, but not a level of scale outside our comprehension. Rather than accept the fantastically small probability of life having arisen through the blind forces of nature, it seemed better to suppose that the origin of life was a deliberate intellectual act. By "better" I mean less likely to be wrong.

… A common sense interpretation of the facts suggests that a super-intellect has monkeyed with physics, as well as with chemistry and biology, and that there are no blind forces worth speaking about in nature. The numbers one calculates from the facts seem to me so overwhelming as to put this conclusion almost beyond question."1