With Christians Dead, What's So Good about Good Friday?

The students were praying. It was Holy Thursday, when Christians remember the Last Supper and Jesus’s prayer in the garden. Then, suddenly, gunmen burst into the room and began shooting. CNN reports that 147 people were killed in the Islamic attack on Kenya University, with Somali gunmen singling out Christians for slaughter.1 After shooting some Christians and taking others hostage in the prayer service, the terrorists then proceeded to the student dorms, allowing Muslims to escape while executing the Christian students, according to witness Joel Ayora. 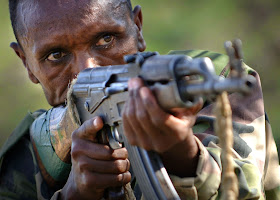 The news is gruesome and we mourn with our Christian brothers and sisters in Kenya, just as we mourn for Christians in other areas of Nigeria who have been slaughtered by another Islamic faction, Boko Haram.2 We also mourn for the Christians who were killed or driven from their 2,000 year old home of Mosul to the point of extinction by ISIS terrorists.3 According to Open Doors, each month 322 Christians are killed for their faith across the globe, along with 722 acts of violence against believers.4 And acts of persecution are growing.5


Islam Compared to the Cross

Today is Good Friday, and this day really emphasizes the difference between Christianity and all other faiths. It underscores the Uniqueness of Christ and his instruction to his followers. In Islam, Mohammad conquered with his armies while Jesus conquered with his blood. In Islam, Muhammad sought treatment to cure him and pleads for healing before his death6. In Christianity Jesus chooses to "lays down his life for the sheep" (John 10:1, ESV). In Islam, followers are instructed to "fight and slay the Pagans wherever ye find them, an seize them, beleaguer them, and lie in wait for them in every stratagem (of war)" (Sura 9:5, Yusuf Ali) when Christians are told "rejoice insofar as you share Christ's sufferings, that you may also rejoice and be glad when his glory is revealed" (1 Pet. 4:13, ESV).

The suffering of Christians is sobering, yet we still rejoice because what Jesus accomplished on this day will ultimately make such sufferings worthwhile. Instead of seeking to conquer by force, Jesus conquered by sacrifice. Instead of viewing enemies as people to be slaughtered, Jesus saw enemies as victims to be saved. Instead of looking to establish its dominion in this world, Jesus sought to establish his kingdom by first defeating death and sin. When Christians suffer for their faith, they are simply following the model of their Lord.

It is because of his victory over death that Christians can rejoice, even when they face death. This is why we call this particular Friday "Good." It signals that the ultimate enemy of man has been defeated and no matter what our end on earth, our destiny in heaven can never be taken from us. Remember Christ’s sacrifice this Good Friday, Pray for those who also laid down their lives for their faith in him, but also pray for those who took those lives. Christ died for his enemies; may they be reconciled to him.