Why God is the Foundation of American Liberty 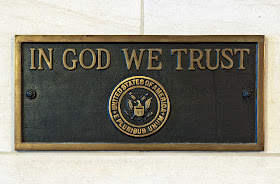 In the United States, the Pledge of Allegiance has been a part of American life since 1942 when congress passed the Flag Code into law, describing the proper ways to display and treat the nation's flag. 1 At that time, the pledge did not contain the words "under God" in it. It also originally stipulated that citizens should say the pledge with their right hands outstretched toward the flag. However, given that salute's eerie similarity to the Nazi salute, the wartime congress quickly amended the law to have citizens place their right hands over their hearts. 2

It wasn't until 1953, when Democratic Congressman Louis Rabaut and Republican Senator Homer Ferguson introduced a bill to congress to amend the Pledge to include the words "under God" that the national debate was brought center stage. During this time, many different voices contributed to the debate. While a lot of media today explain away the addition as simply a knee-jerk response to those "Godless communists" in the Soviet Union, I think there is much more to the addition than that. Several civic groups, most noticeably the Roman Catholic Knights of Columbus had decided to include the phrase in their recitation of the Pledge a few years prior, modeling it after Abraham Lincoln's use of the term in his Gettysburg address.3 Other groups began to do likewise.


God and the Constitution

In general, the question of how God relates to American government was swirling at the time. In 1952, the U.S. Supreme Court had just decided a case (Zorach v. Clauson, 343 U.S. 306) stating school children should be excused from attending public school for reasons of religious education or religious observance. Justice William O. Douglas, in writing for the majority said:


The First Amendment, however, does not say that in every and all respects there shall be a separation of Church and State. Rather, it studiously defines the manner, the specific ways, in which there shall be no concern or union or dependency one on the other. That is the common sense of the matter. Otherwise the State and religion would be aliens to each other—hostile, suspicious, and even unfriendly…

We are a religious people whose institutions presuppose a Supreme Being. We guarantee the freedom to worship as one chooses. We make room for as wide a variety of beliefs and creeds as the spiritual needs of man deem necessary. We sponsor an attitude on the part of government that shows no partiality to any one group and that lets each flourish according to the zeal of its adherents and the appeal of its dogma. When the state [343 U.S. 306, 314] encourages religious instruction or cooperates with religious authorities by adjusting the schedule of public events to sectarian needs, it follows the best of our traditions.4

Liberty Relies on the Natural Rights that God Bestows

As one can see, it was widely recognized that the United States was a nation founded upon certain principles, and those principles had at their root the belief that God exists and he is the source of those natural rights that this country holds so dear.

Such a concept shouldn't be shocking to anyone who has read the Declaration of independence. Even though Thomas Jefferson was a deist, he recognized that God alone grounds our rights. In writing about the revolution, he said "The god who gave us life gave us liberty at the same time: the hand of force may destroy, but cannot disjoin them."5 Jefferson in another letter goes on to reinforce this view. When speaking on the issue of slavery, one that had begun to divide the nation, he said:


And can the liberties of a nation be thought secure when we have removed their only firm basis, a conviction in the minds of the people that these liberties are of the gift of God? That they are not to be violated but with his wrath? Indeed I tremble for my country when I reflect that God is just: that his justice cannot sleep for ever. 6

Because the liberties of Americans depend on God and the foundational recognition that all governments must be held to this standard, which is a standard above themselves, the pressure increased to add the words "under God" to the pledge.


A New Birth of Freedom

On Feb 7, 1954, President Dwight Eisenhower attended a service at New York Avenue Presbyterian Church where he heard Rev. George Docherty deliver a sermon entitled "A New Birth of Freedom," highlighting this distinction and drawing on Lincoln's Gettysburg Address. While Docherty did say "I could hear little Muscovites repeat a similar pledge to their hammer-and-sickle flag in Moscow with equal solemnity," to assume that was the focus of his reasoning would be to do him and President Eisenhower a disservice. You may real Docherty's entire sermon here, but for conciseness, here is the relevant portion:


There is no religious examination on entering the United States of America- no persecution because a man's faith differs even from the Christian religion. So, it must be 'under God' to include the great Jewish Community, and the people of the Moslem faith, and the myriad of denominations of Christians in the land.

What then of the honest atheist?

Philosophically speaking, an atheistic American is a contradiction in terms. Now don't misunderstand me. This age has thrown up a new type of man-we call him a secular; he does not believe in God; not because he is a wicked man, but because he is dialectically honest, and would rather walk with the unbelievers than sit hypocritically with people of the faith. These men, and many have I known, are fine in character; and in their obligations as citizens and good neighbors, quite excellent.

But they really are spiritual parasites. And I mean no term of abuse in this. I'm simply classifying them. A parasite is an organism that lives upon the life force of another organism without contributing to the life of the other. These excellent ethical seculars are living upon the accumulated spiritual capital of Judeo-Christian civilization, and at the same time, deny the God who revealed the divine principles upon which the ethics of this country grow. The dilemma of the secular is quite simple.

And if he denies the Christian ethic, he falls short of the American ideal of life.

In Jefferson's phrase, if we deny the existence of the god who gave us life how can we live by the liberty he gave us at the same time? This is a God-fearing nation. On our coins, bearing the imprint of Lincoln and Jefferson are the words "In God we trust." Congress is opened with prayer. It is upon the Holy Bible the President takes his oath of office. Naturalized citizens, when they take their oath of allegiance, conclude solemnly, with the words "so help me God."

This is the issue we face today: A freedom that respects the rights of the minorities, but is defined by a fundamental belief in God. A way of life that sees man, not as the ultimate outcome of a mysterious concatenation of evolutionary process, but a sentient being created by God and seeking to know His will, and "Whose soul is restless till he rest in God."

In this land, there is neither Jew nor Greek, neither bond nor free, neither male nor female, for we are one nation indivisible under God, and humbly as God has given us the light we seek liberty and justice for all. This quest is not only within these United States, but to the four corners of the glove wherever man will lift up his head toward the vision of his true and divine manhood.7

After that sermon, President Eisenhower went to congress and asked them to reintroduce the amendment to the Flag Code, which he signed into law on May 28, 1954.