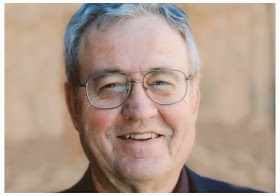 Check out the rest of Willard' paper here.
Lenny Esposito at 8:00 AM