"Apologetics? What are you apologizing for?", "Is that a class that husbands are supposed to take?", "What is that?" These are questions I hear frequently whenever I mention the study of apologetics. It probably comes as no surprise the word "apologetics" is foreign to most people, not only the general public but also those who are a part of the Christian church. Even evangelicals, who define themselves by their passion to follow Jesus' command to "Go therefore and make disciples of all the nations"(Matt. 28:17) usually look quizzically at me whenever I begin discussing the need for apologetics, even though apologetics is an essential part of making disciples. Why would this be? 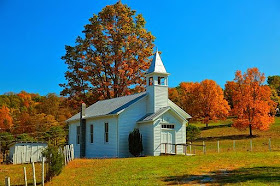 One of the problems is simply that the church doesn't talk a lot about it. Apologetics is generally understood to be a specialty discipline—specifically engaging in defending the faith against skeptics, alternate religions and cults, and contrary worldviews. As such, many pastors eel that it can only play a very limited role in ministering to the needs of their congregation. How does apologetics help the man trying to feed his family after losing his job or the newly widowed woman?

I've said before that in many churches, a person telling his or her pastor of their desire to start an apologetics ministry results in an experience similar to a young man telling his Jewish mother he wants to be a proctologist. "Well, I glad you're going to be a doctor," she would say, "But why did you have to choose that!" Pastors are happy to have people desiring to get into ministry opportunities, but they simply aren't sure where apologetics fits in their church. However, many times both church leadership and laity fail to understand the more holistic aspects of providing a strong apologetics ministry to the local congregation. In this article, I'd like to highlight some benefits of an apologetics ministry that applies directly to every member of the church congregation, benefits that you may not have considered before.

The word apologetics literally means providing reasons and evidence for the Christian faith. Part of this means defending the Christian faith from imposters or detractors, but it also means protecting those in the church from the wolves dressed in sheep's clothing. I've often made the claim that one could define apologetics as theology properly applied and there is no greater need to apply theology properly than with new believers. The Burned-Over district of western New York in the early 1820s is a good example. Just as church congregations continued to grow and revivals spread, these were accompanied by the establishment of such unorthodox beliefs systems as the Mormons, the Spiritists, and the Millerites who spawned both the Jehovah's Witnesses and the Seventh Day Adventists .1

If we are to defend our beliefs with reason and evidence, then it follows we need to know just what we believe and the reasons why we hold to those beliefs. Since apologetics encompasses the study of theology, especially as it relates to orthodoxy, it is one way Christians learn to discern orthodoxy from heresy. Thus one of the hidden benefits of a church beginning an apologetics teaching ministry is it helps guard Christians from falling into heretical beliefs. Apologetics is defensive as well as evangelical.

1. John H. Martin writes of the District: "The Burned-Over District of New York spawned one religious revival after another in the decades between 1820 and 1850. Revivalism, Millennialism, Spiritualism followed each other, often overlapping and partaking of similar elements. There was a credulity at the time (and at other times as well, no doubt) which led individuals from one religious impulse to another. There was a spiritual yearning for answers to the questions and problems of this world and a concern about any future existence which might be faced after this life. There also existed a willingness to follow any one who seemed to have answers, be it Charles Grandison Finney, William Miller, the Fox sisters, or a new, self-proclaimed prophet, Joseph Smith, who appeared on the scene in Palmyra, New York. The very early followers of Joseph Smith came from among the religious restless, the dissatisfied, who succumbed easily to the religious emotionalism of the times. They had been exposed to the popular religious awakenings of the day with the expectations for the life beyond this worldly realm. The traditional theology of Christianity was not of great interest to these seeker for answer, and they were susceptible to explanations which moved beyond the traditional Biblical basis of the various Christian faiths. Thus the beliefs of Joseph Smith were to find a small following in New York before the new faith of Mormonism moved beyond the borders of New York and its future growth." From "Saints, Sinners and Reformers: The Burned-Over District Re-Visited" The Crooked Lake Review Issue No. 137. 2005. Web. 3/17/2012 http://www.crookedlakereview.com/books/saints_sinners/martin9.html
Image courtesy http://www.ForestWander.com [CC BY-SA 3.0 us]
Lenny Esposito at 7:30 AM