Exposing Our Kids to a More Dangerous Epidemic than Measles

What does Disneyland and a measles outbreak have to do with apologetics? It draws an interesting parallel.

Measles is making the headlines in Southern California. Between December 17 and 20th, one or more visitors to Disneyland in Anaheim had the contagious disease. Within a month of that visit, there have been at least 54 cases of measles reported across Southern California, three neighboring states, and Mexico, according to the Los Angeles Times. Health officials in Orange County are trying to stem its spread by ordering some 50,000 children to stay home from school because they hadn't been properly vaccinated. 1 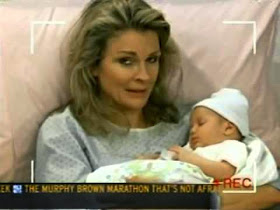 Officials have stated that the outbreak is the worst the state has seen in fifteen years, yet if you don't live close to the Magic Kingdom, you may find all of this marginally interesting. Until you discover the reason for the rapid spread of the disease: parents choosing not to vaccinate their children. According to the Times article, "Orange County is home to several upscale communities where a higher than average number of parents have opted to not fully vaccinate their children because of their personal beliefs" that vaccinating children may have some link to autism. 2 The science on this is faulty, as the Centers for Disease Control reports. Yet parents say they don't want to take the risk of even a possibility of a vaccine having some tie to autism. Thus, they choose to not vaccinate their children.


Living off Others' Beliefs

Here's the interesting thing in all of this. The parents who are not vaccinating their children truly believe they are protecting them. One parent was quoted in the article saying, "I didn't want to flood her system with a bunch of chemicals all at once. I wanted to be informed and not trust what medical professionals said." But the only reason she would come to the conclusion that not vaccinating her child was safer is simply because she was living at a time when most children had already been vaccinated against measles, mumps, and other childhood diseases. Now, as vaccination rates falls in certain areas, the threat of measles and other life-damaging diseases is on the increase.

I find this is true of our culture's abandonment of Christian values as well. We are now coasting on the remnants of a culture that was anchored in Judeo-Christian values, but its rapidly changing. Over 40% of children born in 2012 were born out of wedlock.3 That's almost half! And with teenage birthrates dropping, the report shows that a significant number of adults are simply choosing not to marry, but to have children anyway. As you can see in the graph below, this trend has increased exponentially since the 1960s, according to the CDC.4 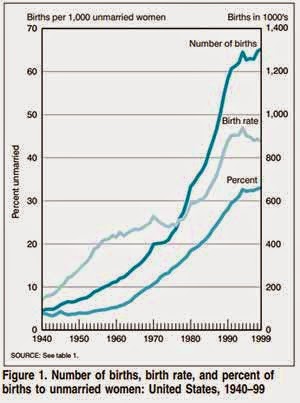 The Plague of the Disappearing Nuclear Family

In 1992, Vice Presidential candidate Dan Quayle was publicly ridiculed for saying bearing children out of wedlock was wrong and it shouldn't be labeled as "just another lifestyle choice."5 The position taken by folks on the left like Diane English (the producer and writer of the CBS sitcom Murphy Brown) is that Quayle was being ridiculous and backwards. Progressive individuals didn't think marriage was necessary to raising a child. Only love is. But many reports like this one from ChildTrends show "the image projected by movie stars or well-educated, well-paid professional women who choose unwed motherhood has little in common with the situation of most unmarried mothers." 6 That reports states the reality that both women who have unmarried births and their children are:


at a distinct disadvantage as they move through life. Statistically, mothers who bear and raise children without the support of a husband are more likely to be poor and to report greater stress than their married counterparts, and their children are more likely to have academic and behavioral problems. Research findings show that wanted children raised by both of their biological parents in a low-conflict marriage have an easier lot in life and the best chance for healthy development.7

While it was easy in the 80s and 90s to pronounce a progressive view of raising children alone, that ease was facilitated by the fact that children in those situations were invisible and harder to quantify. As children of unwed mothers increase, the effects become more pronounced and they affect all other socio-economic groups as well. Just as the unvaccinated children were borrowing the immunization of the larger community to assert that their choices were good for their children, so the liberal viewpoint that the traditional family unit is unnecessary borrowed from the stability previous generations that were the product of that traditional union brought.

The biggest difference I see is that while public officials are reacting to the measles epidemic by seeking to quarantine those infected and requiring vaccinations before children can return to school, no one in government is trying to stem the more insidious evil of out of wedlock births. As parents see the risks to the well-being of their children, they are now seeking vaccinations. Unfortunately, there is no simple shot that can sure the problem of a generation of kids growing up without a traditional family.