Phil Zuckerman is an expert on the modern day secular family and he wants you to know how moral secularists are. In a recent Los Angeles Times article entitled "How secular family values stack up," he asks, "So how does the raising of upstanding, moral children work without prayers at mealtimes and morality lessons at Sunday school? Quite well, it seems" which he follows up by saying, "My own ongoing research among secular Americans… confirms that nonreligious family life is replete with its own sustaining moral values and enriching ethical precepts."1 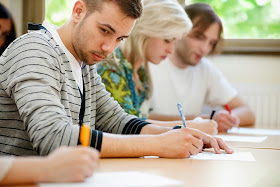 But just does a secular moral standard look like? What kind of authority does secular families look to in order to anchor their moral precepts. Zuckerman answers:


For secular people, morality is predicated on one simple principle: empathetic reciprocity, widely known as the Golden Rule. Treating other people as you would like to be treated. It is an ancient, universal ethical imperative. And it requires no supernatural beliefs.

Doesn't Zuckerman realize that the teaching of treating other people as you would like to be treated is a specifically Christian teaching that comes straight from the mouth of its founder, Jesus of Nazareth? Jesus says in Luke 6:31 "Treat others the same way you want them to treat you" (NASB). So, why would Zuckerman try to smuggle a clear Christian teaching off as a secular moral precept?


Is the Golden Rule Universal?

Part of the confusion may be due to Confucius. It is true that some 500 years before Jesus that Confucius wrote "What I do not wish men to do to me, I also wish not to do to men" as the goal to which Tsze-kung should aspire.2  Hinduism teaches the same basic concept. But that isn't the same thing as Jesus's teaching. It is one thing to resist knocking another man over the head because you disagree, it is quite another to carry a Roman soldier's pack an extra mile after he compelled you to carry it the first mile. Jesus taught "If anyone wants to sue you and take your shirt, let him have your coat also" and "love your enemies and pray for those who persecute you"(Matt 5:40,44). These are specific ways to carry out the Golden Rule, with his ultimate example being the story of the Good Samaritan in Luke 10:25-37.

The Internet Encyclopedia of Philosophy agrees that it was Christian teaching that made the Golden Rule the powerhouse it is:


Only when this rule was made a centerpiece of social interaction (by Jesus or Yeshua, and fellow John-the-Baptist disciples) did it become a more radical message, crossing class, clan and tribal boundaries within Judaism. Of special note is the rule's application to outcasts and those below one's station—the poor, lepers, Samaritans, and certain heathens (goyem). [Jesus] apparently made the rule second in importance only to the First Commandment of "the Father" (Hashem). This was to love God committedly, then love thy neighbor as thyself, which raised the rule's status greatly. It brought social inclusivity to center stage, thus shifting the focus of Jewish ethics generally. …

Only when the golden rule was applied across various cultures did it become a truly revolutionary message. Its "good news," spread by evangelists like Paul (Saul of Tarsus), fermented a consciousness-shift among early Christians, causing them actually to "love all of God's children" equally, extending to the sharing of all goods and the acceptance of women as equals.3

Meanwhile, Confucius's teaching didn't have the same effect, as the Chinese "increasingly interpreted the rule within the existing network of Chinese social conventions. It was a source of cultural status quoism—to each social station, its proper portion. … The social status quo in Confucian China was anything but compassionate, especially in the broader community and political arenas of life."4


The Necessary Conditions for the Golden Rule to be Authoritative

As the Chinese outcome demonstrates, the moral grounding of the do unto others imperative cannot exist in just any moral system. Christianity taught a very specific moral and metaphysical grounding that provided the fertile soil to root Jesus's teaching. This includes the doctrine that all human beings are equally valuable as image-bearers of God. Thus, the teaching is predicated on 1) a belief that God exists, 2) that every human being has an immaterial essence that holds the image of God, and 3) that Jesus has authority to instruct humanity on moral issues.

So Zuckerman is simply wrong that secularists who use the Golden Rule are anchoring their family's morality in secular values. I want to be careful here to make sure I'm not misunderstood. I believe that secular people and secular families can and indeed are as moral as anyone else. I am again demonstrating that there is no way to ground morals in secularism. Zuckerman himself steals from Christian moral teaching as he tries to argue for the morality of secular families. What are we to make of that?