What is Middle Knowledge?

One of the more contentious issues within theology is the tension that exists between God's predestination of the saints and the individual's ability to freely choose to follow Jesus. The Bible recognizes both, and there have been many arguments as to how to reconcile these views. Some have suggested that man doesn't really have free will, but that God controls all aspects and choices of every life. However, there are problems with this position, most notably how it reduces human beings to puppets and makes God responsible for evil. Others believe that man has absolute freedom apart from God, but this view also presents difficulties. Some include the issue of God not being able to foresee the future or being a part of time as we know it. It also in no way answers the biblical fact that man is predestined by God. 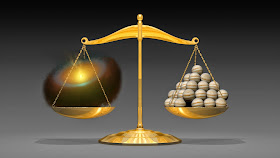 It's easy to see why this debate has raged on for hundreds of years! Choosing to emphasize one side seems to contradict the other. However, there is another position that I feel more completely explains both God's predestination and man's libertarian freedom by showing both can be true and not in competition with one another. It is a theory first put forth by a Spanish monk named Luis de Molina in the 16th century called "middle knowledge" or Molinism. We'll base our outline on William Lane Craig's understanding of the doctrine found in his book The Only Wise God.


God Knows the World As It Actually Is

Craig explains that God holds different kinds of knowledge. God has what is termed necessary knowledge. This is knowledge that can never be false. It encompasses things like the laws of logic and the idea that 2+2=4. God also has free knowledge. Free knowledge is knowing creation as it actually is, including the past, present and future. Another way to state this is free knowledge is how God actually chooses to make the world. God was free to make any kind of world he desired (thus the "free" designation) and he chooses to make this specific world with all the events that go along with it.

Examples of God's free knowledge may be found in Isaiah 45, where God speaks directly to Cyrus, the conqueror of Babylon 150 years before he was born. Craig also offers other examples of free knowledge. "God's knowledge seems to encompass future contingencies: God foreknows Nebuchadnezzer's divinations to determine his battle routes (Ezek. 21:21-23). Even more remarkably, just as God knows the thoughts that humans have, so he foreknows the very thoughts they will have."2 Psalm 139 also supports this idea.

So God knows all of the events of human history, past present and future. This includes every detail of the universe - the thoughts that we think, how lots will be cast, when cocks will crow, everything. God knows this to be true because it exists in reality. If reality were different, though, God's knowledge would be different. God only knows the truth to be true.

Not only does God know exactly how the world really is, He also knows the way the world would be if events were different. A favorite example of may own is in Acts 27:21-32 where Paul is aboard a ship to Rome and a great storm arises. The ship's crew were terrified for their lives, but Paul delivers a prophecy given by God saying "there will be no loss of life among you , but only of the ship" (v. 23). However, some of the sailors still sought to escape by  lowering the life boat. Paul then warns them that "unless these men stay in the ship, you cannot be saved" (v. 31). Paul knew that all aboard would be saved. But if events were different, he knew that the outcome would be different and the prophecy would be false.

Craig offers 1 Samuel 23:6-13 as another example. He writes "the story was understood to show that God knew that if David were to remain at Keilah, then Saul would come to get him, and that if Saul were to come to get David, then the men of the city would hand him over."3

In either case, we have different outcomes for the same event if the choices of the individual involved were to be different. God knew both outcomes, yet he also know which choice the individuals would freely make. Thus God created a particular situation to achieve a particular end (delivering Paul to Rome or sparing David from Saul), not by controlling the choices of those involved, but by knowing which choices they would make when faced with that situation.

This is the key to solving the predestination and free will problem. God knows all aspects of every possible world he could create. It's part of his natural knowledge and is essential to him. His middle knowledge consists of "what every possible free creature would do under any possible set of circumstances and, hence, knowledge of those possible worlds which God could make actual."4 God then freely decides to create the actual world in which we live and knows every detail, past, present, and future, of how that world will be.

The ramifications of this idea go far and deep. God doesn't just "look ahead" into the future and predestine someone he knew would choose him. He decides to create a world in which that person will actually exists to choose him, knowing that he will choose that way given those circumstances. He personally decides to give life to everyone and every event in our world after looking at all possibilities and scenarios, in order to suit his purposes! It's a much bigger picture of God that still maintains the reality that our choices are freely made and significant.

Using the concept of middle knowledge, we can see how God can predestine each one of us to a saving grace in Him while at the same time preserving the idea of human freedom to choose. God loves you enough that his entire creation is ordered so you would choose to follow him. It's pretty amazing to think about.