Morality Relies Upon God's Character, Not Simply His Commands

This is not what Christians believe. As Dr. Scott Rae in his book Moral Choices writes so succinctly, morality is anchored not in arbitrary commands, but in God's very nature. He explains: 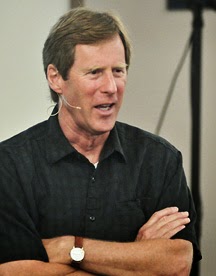 Morality is ultimately grounded in the character of God, the ultimate source for morality is not God's commands but God's character. The virtues, or character traits, that are made clear by God's character and further clarified by Jesus' character, are the ultimate foundation for morality from a Christian worldview. God', commands are derived from his character. God issues the commands that he doe' because he is the kind of God that he is. For example, God commands that we low our neighbors, ultimately not because "love makes the world go 'round," though that result is surely a good thing, but because he is that kind of God. In addition, God mandates that we be forgiving people not primarily because forgiveness restores relationships, though that is certainly true but because God is fundamentally a forgiving God. The virtues, then, are primary, and the moral principles, or God's commands, are derived from them.