I've been a musician for over thirty years. I can't tell you how many times I've spoken to people who have appreciated my playing and mentioned with some envy that they wished they could step up to an instrument and play whatever they wanted. In the course of such conversations I was surprised to find it isn't uncommon that they had taken music lessons as a child but the drudgery of practice soon overcame them. Sometimes they would tell me that they felt tied down or burdened to practice while their friends were outside playing. They wanted to be free from practicing. 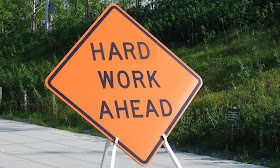 This concept of freedom is a childish one. To assume that freedom means one may spend his or her minutes on whatever does not feel like work is confused. The man who spent years practicing at the piano is more free than those who chose to avoid the hours of practice. He has more choices now available to him. He can choose to play a song if he desires while they cannot. By seeking to free themselves from the responsibility the instrument requires, they actually made themselves less free.


The Childishness of Modern Demands for Freedom

That childish concept of freedom seems to dominate our modern culture. Last year, The Guardian ran an article citing three separate studies demonstrating that "the days are over when children wanted to grow up to be astronauts or policemen or firemen. Now they want to be actors, singers or YouTube personalities."1 That reverses previous findings where being accepted as part of a group or community were prized as top goals while fame was listed near the bottom.

Certainly, the always-on perspective of social media plays a part here, but I don't think it's the entire story. Modern technology has given us many benefits and as a result we assume that we can make bad choices and still get everything we want. In an article for the Wall Street Journal, author Sarah Richards brags about how she spent nearly $50,000 to freeze her eggs so that she can some day in the future have the children she so desires.2 I've written previously about how more and more people view children as an accessory to their lives instead of a sacred trust of continuing community and culture. The concept of having it all without consequence is bringing forth some real consequences indeed, not the least of which is for the children of these insta-parents.


Christians Shouldn't be Afraid of Study

Christians are not immune to this kind of thinking. Evangelicals value life and place a high value on family and passing on their beliefs. However, most Christians in the pew are more like the fleeing music pupil than the practicing mater when it comes to matters of theology and apologetics. Sure, they attend Sunday morning and perhaps even mid-week services. Some even have a daily devotion time where they will read their Bibles and seek God's leading. All of this is great, but how many Christians are putting in the time to study the details of their faith? How many can defend their beliefs against the challenges offered by the secular world? How many can even demonstrate a fundamental belief like the Trinity using only their Bibles as support?

I understand that the idea of doing "school work" in one's devotion time may seem like drudgery. In fact, my experience has been the opposite. In working through a systematic theology book or an intellectually rigorous question, I have found that my studies draw out character traits of God I would have never otherwise uncovered. I learn new things about him, his greatness, and just how boundless his love for us is. I am actually more free in my worship of God as I discover new things about him. So, don't be afraid to go deep, dear Christian. You may find the work of study much more freeing than you believe.