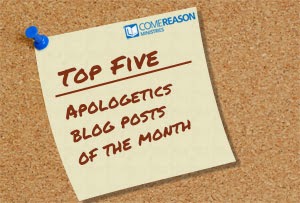 Facing off against atheists, Mormons, and those who would hold Gandhi in the same regard as Jesus are among our top five resources for July. Also is a collection of resources dealing with the science and religion controversy.  Here are the top five apologetics blog posts for July: