In previous articles, I looked at how many people make the mistake of assuming that science is the only way we can know something is true. We showed how this view, known as scientism, must be false since it is self-refuting. This time, I thought we'd look at the idea of how we know that we know anything at all and how to better understand the differences between knowledge and beliefs. 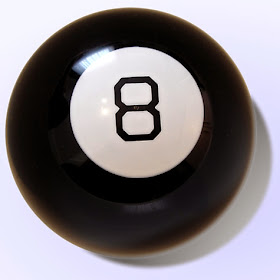 Philosophers have spent a lot of time on understanding what it means when we say we know this or that. In their book Philosophical Foundations for a Christian Worldview, J.P. Moreland and William Lane Craig identify three basic types of knowing. The most basic type is knowledge by acquaintance which is simply that you have had some type of direct experience with an object or idea and therefore know it to be true. The authors offer an example of "I know the ball is in front of me." Because the ball is directly present in your conscious experience, you can confidently know that statement to be true. 1

A more debated aspect of this type of knowledge is basic mathematic statements and logical deductions. Some philosophers argue that we know 2+2=4 in the same sense that we know a ball is in front of us. It is directly perceived as true. You don't have to go out and observe 2+2 in different environments around the world or around the universe to confidently hold that he product will always turn out to be 4. We understand that it just is that way. Similarly, we experience the same type of understanding when we argue in this way: All men are born. Socrates was a man; therefore Socrates must have been born. That is a logical argument, but we know it to be true directly.

A second way we know something is through know-how. Know-how defines certain skills or abilities one may possess. When someone claims "I know how to play golf", they are expressing knowledge of ability. Moreland and Craig point out that knowledge of the laws or mechanics is not necessary to hold this type of knowledge. They write "For example, one can know how to adjust one's swing for a curve ball without consciously being aware that one's stride is changing or without knowing any background theory of hitting technique." 2

The third type of knowledge is what is usually debated the most. Known as propositional knowledge this type of knowledge deals with statements that make some kind of claim to fact. Statements such as "I know Abraham Lincoln was the sixteenth president of the United States", "I know our Sun is 93 million mionles away" or "I know humans evolved from apes" are all propositional statements.

One of the reasons propositional knowledge has been debated is because it has been more difficult than other types of knowledge to define completely and accurately. One of the most foundational definitions of propositional knowledge is the concept of "justified true beliefs" that Plato offered in his writing "Theaetetus". Plato said that if we claim to know something, then what we claim must indeed be true. If a claim is not true, then we didn't really know it; we were mistaken. Further, if we claim to know something we must actually believe the claim to be true. It makes no sense to know something but not to believe it. If I say, "I know the ball is on the floor, but I don't believe the ball is on the floor" I've spoken nonsense.

So truth and belief are what we would call necessary conditions for knowledge. For knowledge to exist, they must both be present. However, they are not sufficient conditions for knowing. Many people believe things, and those beliefs may in fact be true, but that doesn't mean they know those things. Take the statement "I know Jones had roast beef for dinner last night." Now, it may be the case that Jones did indeed have roast beef for dinner, and it may be the case that I truly believe Jones had roast beef for dinner, but by making that assertion without any basis, I've just guessed the right answerand thus cannot be taken as knowledge.


Knowledge and the Limits of Science

So why does all of this knowledge stuff matter? Because it helps us understand what is real knowledge and what isn't. When looking at scientific propositions, we understand we can know certain things like the speed at which an object falls or what chemical reaction is necessary to produce nitro-glycerin. Science deals with observations of the material world, so these are justified beliefs; we can say we can know such things through science. However, for other claims, such as whether God exists or whether DNA is the proper basis for measuring the similarities between humans and other animals, science has no justification to make claims of knowledge.

You see, science can only tell us facts about the material world. By definition, science has no way of meaningfully commenting on the many other ways we know things. Science can tell us whether a person's heart is beating faster and he is sweating, but it must fall silent as to whether the cause of that reaction is lying or love. Similarly, science cannot tell us about the most unique aspect of humanity, that is the human soul. When looking at propositions such as the existence of God, science has no way of "testing for God-ness". However, I can know through reasoning that universe began to exist and whatever begins to exist must have a cause. 3 I can therefore conclude that if whatever exists must have a cause and the universe began to exist, then the universe must have a cause: God. That is a belief that has strong justification for it. It is knowledge that is outside the scope of science, but it is probably a more authoritative basis for knowing.

So, even though popular culture looks to the scientist to tell them "the facts" about all things, science is really woefully inadequate to explain many aspects of reality. Scientists may presupposes certain things like miracles cannot happen or there is no God, and then formulate other theories. But that's not knowledge, that's presupposition. Personal experience, emotions, reason, logic, and revelation all address truth-claims and all can be justifiable in their proper instances. To limit one's self to science in order to gain knowledge is like trying to build a house with only a hammer. A hammer can pound nails, but you wouldn't want to use it to drive a screw and it would be completely useless to cut wood.