Should We Honor Single Moms on Father's Day? 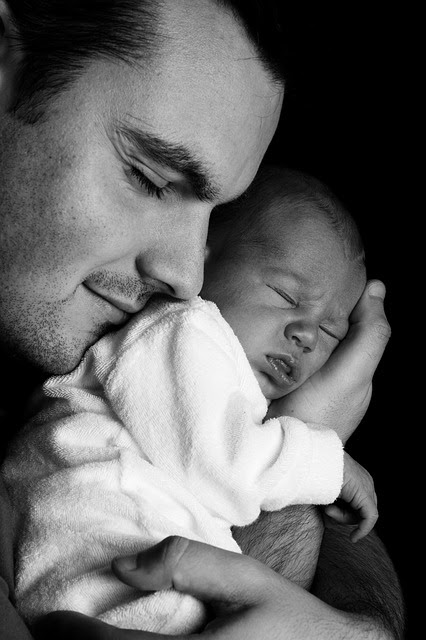 You may think this article is a day too late, and perhaps it is, but I'm writing this as a reaction to what I've seen by well-intentioned Christians in response to Father's Day. Yesterday, people in over 75 countries set aside one day to recognize the importance and contribution of fathers, while many others set aside a different date for the same purpose.

But what is it we are celebrating about fathers? Many would say it is a time to recognize all the great things that their fathers have done for them. I understand that, but then how does Father's Day differ from a person's birthday celebration? Isn't that where one would be feted for his or her contributions to loved ones? Mother's Day and Father's Day are nationally recognized holidays, so do they mean something more than simply a flagpost for individuals to pour whatever meaning they desire into it?

I believe the extolment of fathers has become more crucial in our culture than ever. Much of this is due to the marginalization of the role of the father in society, a point that many Christians are inadvertently guilty of themselves. I know of several people who, while being very well-intentioned, sent the message that fathers were not essential to the rearing of children. Message such as "Happy Father's Day to all you single mom's out there" were prolific. But such messages say one thing: fathers are not necessary. It may be harder if you are a single mom, but by celebrating a single mom on Father's Day, you are really saying that she can do both jobs. It is tough, but she can do it!


Why Fathers are Unique

Before we go much further, please realize that I understand the difficulty single mothers face. I was raised in a broken home. I get it. But there are very specific things fathers offer that are impossible for anyone else. Three very specific ways fathers are essential are that they provide a stability to the family that no one else can provide, they show commitment in a way that only fathers can, and they model aspects of God as Father that are impossible for mothers to so do.

There has been study after study and one thing is clear: the single greatest factor that accounts for the well-being in the development of a child is whether or not they come from a home where both biological parents are present. Children from single-parent homes will suffer much higher rates of poverty, substance abuse, imprisonment, and suicide.1 Children with biological fathers are much less likely to suffer from abuse; even those homes where a non-biological male is present.2 Father s are necessary because they help stabilize the family. They take on the burden of providing and protecting the mother as well as the children, which alleviates some of the burden that mothers face, allowing them to focus on other aspects of rearing the children. They provide another voice from a male perspective on the issues related to rearing children and they can encourage risk and "boyish" behaviors that women may misinterpret.


2. Fathers model commitment in a way that is unique.

A second aspect that is unique to fatherhood is that fathers must commit to their families even though they are one step removed from birth. A father's commitment to take the responsibility for his children gives recognition to the fact that such life that came from one's own body, even though that fact isn't immediately visible. Biology makes it easy to see the physical bond between a mother and her child; even after birth nursing connects the two. But it is certain that a father is as necessary component for the life of an individual as a mother. Fathers must consciously choose to dedicate themselves to their families.

It is the commitment to the well-being of one's progeny above one's own interests that makes a father someone unique. Mothers have a similar commitment, and both, in my opinion, should be expected of any responsible member of society. But because the bond between father and child are different than those of mother and child, the way that commitment is expressed is different. Each is important. Studies show that the father's relationship with a child shapes their long-term ability to attach to others far more than the mother's.3 Children need fathers to learn how to feel secure in their relationships.


3. Fathers model God's faithfulness in a way that is unique.

In a very real way, fathers are an earthly example of God's love to His children in heaven. It is God's dedication to us, even when we're unfaithful to Him (see the prodigal son parable in Luke 15:11-32) that is the model for earthly fathers to follow. Those men who abdicate their responsibility are damaging their children spiritually as well as physically.

So, on Father's Day, I think it is important to say that fathers are not unnecessary. While single motherhood may be difficult, we shouldn't diminish the role of the father. It is only when we recognize the role of the father as something that can never be substituted with anything else that we will begin to reestablish the proper importance of fathers in the eyes of culture.

It wasn't until 1972 that Father's Day was recognized nationally by President Richard Nixon. Nixon even invoked scripture in his proclamation:


To have a father—to be a father—is to come very near the heart of life itself.

In fatherhood we know the elemental magic and joy of humanity. In fatherhood we even sense the divine, as the Scriptural writers did who told of all good gifts coming "down from the Father of lights, with whom is no variableness, neither shadow of turning"—symbolism so challenging to each man who would give his own son or daughter a life of light without shadow.

Our identity in name and nature, our roots in home and family, our very standard of manhood—all this and more is the heritage our fathers share with us. It is a rich patrimony, one for which adequate thanks can hardly be offered in a lifetime, let alone a single day. Still it has long been our national custom to observe each year one special Sunday in honor of America's fathers; and from this year forward, by a joint resolution of the Congress approved April 24, 1972, that custom carries the weight of law.

This is fitting and good. Let each American make this Father's Day an occasion for renewal of the love and gratitude we bear to our fathers, increasing and enduring through all the year.4