Of Pageants and Propaganda

Yesterday, we arrived in Manti for the first night of our Apologetics Missions Trip. Each year for two weeks in June, the LDS Church hosts The Mormon Miracle Pageant in Manti, reenacting Joseph Smith's claims of visions from God, an intricate history of ancient Israelites transplanted to the Americas with wars and revivals, and the ultimate exaltation of faithful Mormons to Godhood. It was a big production, with thousands coming out to watch each night. 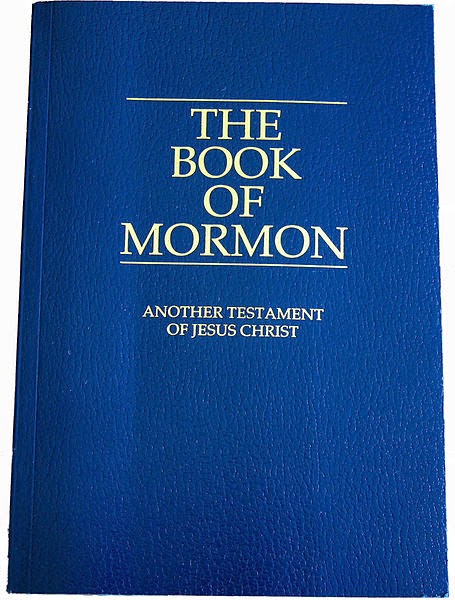 The interesting thing about this performance is it fits the same mold as other official church "biographies" produced about Joseph Smith and the Mormon church. Every one I have seen really whitewashes the history of Smith and his followers, and falsely characterizes what traditional Christianity teaches. I get that people want to hold their leaders I high regard, but Smith is clearly inhuman in LDS presentations. Even in the Bible, the Apostle Peter is shown as a flawed man who denied Christ in Jesus' hour of trial. This is peter, the one whom Jesus called "rock", the one whose declaration of Jesus as the Christ prompted Jesus to respond that His entire church would be built on it.

We see none of that humanity in Joseph Smith. Instead he is portrayed in mythic form, like Hercules. Smith is portrayed as pious at the tender age of fourteen and the play's script hammers home this point with a narrative that has Smith clinging to his first vision "in spite of persecutions and threats of death." Of course, it wasn't the first vision that upset the people of Illinois and Missouri so much. It was the fact that the Mormons were polygamous, which endangered their daughters, and later they were politically manipulative, controlling the vote.1

Beyond the fanciful representation of Smith, the retelling of the Book of Mormon's account of the history of the Americas. As the tale unwinds of the great civilizations of the Nephites and Lamanites who go to war again and again, with various revivals and fallings away, and with the supposed appearance of Jesus on this continent to establish His church here, it becomes clear just how mythical the story is. Forget the fact that there is no archaeology to support any recognition of any civilization advanced as the Book of Mormon claims. Forget the fact that there isn't a shred of DNA to show the native American peoples were of Semitic descent. The Book of Mormon has huge historical anachronisms that show it couldn't be an account written in the time period given.

One of the biggest was on full display at the Pageant as the supposed ancient faithful continued to proclaim that they had established themselves on this continent for the reasons of worshipping the true God, practicing the true faith and pursuing freedom and liberty.2 As Americans, we understand the idea of freedom of religion and freedom to pursue life, liberty, and happiness, but such words don't fit in a civilization existing about one hundred years before Christ. Those are words coming from the American revolution. They are a out of place as someone today finding a supposedly ancient scroll from Egypt and translating it to say that someone chose to open a home office. They also repeated the canard that people who lived prior to Jesus would claim the name Christian. As I've explained before, this makes no sense at all.

I had the opportunity to talk with a Mormon couple before the pageant and asked them why they were Mormons. How did they know that this is the true faith? Although they were both raised Mormon, the wife said that there was a time when she had to "investigate these things for herself." She ultimately admitted that the truth value of the entire LDS faith rests on the truth or falsehood of the Book of Mormon's claims. "If it isn't true, then everything we've been teaching in our churches and classrooms is wrong." I agree with her. The question is only will she be open to investigating the facts instead of her feelings towards her church?

1.In Joseph's Smith's idyllic community of Nauvoo, Illinois, even some of his followers including publisher William Law grew increasingly disenchanted with the changes that Smith was instituting, including such political manipulations. Law published a single edition of the Nauvoo Expositor that highlight's Smith's interests with politics. In the online copy found here, he writes:


The next important item which presents itself for our consideration, is the attempt at Political power and influence, which we verily believe to be preposterous and absurd. We believe it is inconsistent, and not in accordance with the christian religion. We do not believe that God ever raised up a Prophet to christianize a world by political schemes and intrigue."

2 Alma 43:47-48 specifically uses the concepts not only of freedom from bondage, but the idea of freedom of religion and liberty, wording more indicative of a 9th century author rather than an ancient author.
Lenny Esposito at 3:33 PM