Natural Marriage: Crucial to the Survival of a Culture 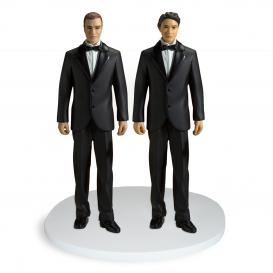 The same-sex marriage debate continues to rage and many of its proponents paint the conflict in individual terms. They ask, "How could you deny two people who love one another the same chance at happiness as anyone else?" They argue that marriage is based on a legal understanding of union, and if one were to change the laws in a state or country, it would simply open the door for more people to be happy.1 However, this is a woefully simplistic view of both society and the law. Those who argue for maintaining a natural view of marriage are not trying to stifle anyone's happiness; they are seeking to guard our society from the dangers that accompany any weakening of the understanding of marriage.

When one claims that "marriage is the building block of society" it's important to understand just what this means. The first communal unit in human history was the family. Families grew into tribes, tribes grew to communities, and communities grew to cities, states, and nations. But the core relational unit that binds all these relationships together is the family.2 This means that the family is the building block of society. Without a man and a woman joining together and rearing children, a society simply cannot survive.

The conclusion that the natural union of a man and a woman is at the basis of continuing our civilization is not mine alone. Paul Nathanson is a sociologist, a scholar, and a homosexual. However, he voices grave reservations about the concept of homosexual marriage. Nathanson has identifies at least five functions that marriage serves and are functions that every culture must have in order to survive and thrive. They are:
Note that Nathanson considers these points critical to the continued survival of any culture. He continues "Because heterosexuality is directly related to both reproduction and survival, ... every human society[y] has had to promote it actively . ... Heterosexuality is always fostered by a cultural norm" that limits marriage to unions of men and women. He adds that people "are wrong in assuming that any society can do without it." 4

Nathanson has partnered with fellow Canadian scholar Katherine K. Young to author "Marriage a la mode: Answering the Advocates of Gay Marriage." There, Young and Nathanson put forth an excellent case why heterosexual marriage needs to be not only protected but encouraged by society in order for the society to survive. They state:

Because heterosexuality is directly related to both reproduction and survival, and because it involves much more than copulation every human society has had to promote it actively (although some have allowed homosexuality in specific instances.)"

Young and Nathanson then conclude, "Heterosexuality is always fostered as a cultural norm, in other words not merely allowed as one 'lifestyle choice' among many"5 (emphasis added.)

1. "Getting married means that things are legal, and you are protected by the law" stated Anne Kester when asked about her relationship that was legally recognized in the Netherlands. The quote appears in the Nov. 20, 2003 Christian Science Monitor http://www.csmonitor.com/2003/1120/p14s03-woeu.html
2. For one example see _Evolution of Human Societies_ by Allen W. Johnson and Timothy Earl
Stanford Univ. Pr; 2nd edition (November 2000)
3. Nathanson, Paul as quoted in "Questions and Answers: What's Wrong With Letting Same-Sex Couples 'Marry?'" by Peter Sprigg
http://www.frc.org/index.cfm?i=IF03H01&f=WU03L06
4. Ibid.
5. Young, Katherine K. and Paul Nathanson "Marriage a la mode: Answering the Advocates of Gay Marriage"
http://www.marriageinstitute.ca/images/mmmode.pdf Sept. 29, 2003
Lenny Esposito at 11:32 AM