What Disqualifies Someone from Being a Christian?

Christianity is an evangelical faith. What I mean by that is that ever since its founding, Christians have tried to spread their faith through efforts at evangelism and conversion. From Jesus' command in Matthew 28:19 to "Go therefore and make disciples of all nations" to Paul's various missionary journeys to the proselytizing of all nations through the church's history, Christians have been called to share that "there is salvation in no one else, for there is no other name under heaven given among men by which we must be saved" (Acts 4:12). 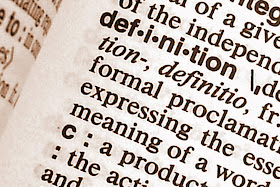 In past centuries, it was pretty easy to identify which people were Christians and which weren't. However, as sects such as the Jehovah's Witnesses and the Mormons have appeared, differentiation has become more difficult. Recently, I was able to observe my friend Brett Kunkle pretend to be a Mormon elder in front of a group of nearly 800 Christians. In his Mormon persona, he said that many Christians would come up to him and other LDS and claim that they are not Christian. "So," he challenged, "can anyone provide me with a definition of a Christian?"

Several people in the audience tried. One said that it was trusting in Jesus for one's salvation. But the Mormon would say that he does trust in Jesus for his salvation. Another said it was believing in the God of the Bible. Kunkle again countered that Mormons do believe in the God of the Bible. The Bible is one of their four standard works. A few more tried to define God as being three in one, and Brett returned the volley by saying that the LDS church affirms that God is three in one, but it turns on what you mean by saying that God is three in one. Unfortunately, no one was equipped to provide a good definition of the Trinity nor did anyone spot Brett's LDS misrepresentation of the Trinity.

To me, this is tragic. Every Christian should know at least a basic working definition of what Christianity is. Imagine a biologist who has devoted his life to studying dogs. He has spent years in school earning a degree in veterinary medicine and biochemistry. He has years of research behind him, reading books and documentation on dogs and their inner workings. Dogs have been his life! Would you expect a person to be able to tell you how to identify an animal as a dog? Of course you would! And you wouldn't expect his to reply with a general description such as "a pet with four legs and a tail." That definition fails because it can apply to a mouse or a cat. In order for the definition of a dog to be functional, it would need to talk about things that are unique to dogs alone. They would need to be specific attributes, such as their sensitivity for scent, their specific shape, their teeth, and so on.

Similarly, Christians should be able to provide a working definition of what it means to be a Christian. It needs to be specific with identifiable attributes. In fact, the early Christian church was very concerned with this, as different groups kept appearing that claimed to be Christian. The early Church realized that the point of their uniqueness rests in two places: 1) in the proper understanding of God as one being comprised of three persons, including Jesus as the second person of the Trinity and 2) a trust in the work of Jesus alone in saving us from our sins.

The definition of Christianity became so important that the church even formulated a way to affirm that one holds to the foundational aspects of the faith. First shaped in 325 at the Council of Nicea, we know it today as the Nicean Creed. It basically reads:


We believe in one God,
the Father, the Almighty,
maker of heaven and earth,
of all that is, seen and unseen.

We believe in one Lord, Jesus Christ,
the only Son of God,
eternally begotten of the Father,
God from God, Light from Light,
true God from true God,
begotten, not made,
of one Being with the Father.
Through him all things were made.
For us men and for our salvation
he came down from heaven:
by the power of the Holy Spirit
he became incarnate from the Virgin Mary,
and was made man.
For our sake he was crucified under Pontius Pilate;
he suffered death and was buried.
On the third day he rose again
in accordance with the Scriptures;
he ascended into heaven
and is seated at the right hand of the Father.
He will come again in glory to judge the living and the dead,
and his kingdom will have no end.

We believe in the Holy Spirit, the Lord, the giver of life,
who proceeds from the Father and the Son.
With the Father and the Son he is worshiped and glorified.
He has spoken through the Prophets.
We believe in one holy catholic and apostolic Church.
We acknowledge one baptism for the forgiveness of sins.
We look for the resurrection of the dead,
and the life of the world to come. Amen.1

While there is some debate between Eastern Orthodox churches and those in the West as to whether the Spirit proceeds from the Father alone or the Father and the Son, the Creed serves as a really good definition of the necessary beliefs one must hold to be considered a Christian. Jehovah's Witnesses and Mormons would deny that Jesus is "one in being with the Father" and that means they cannot be defined as Christians as we use the word.

I'll look more specifically at the details of the Creed in upcoming posts, but I hope that you will at least take away the idea that there is a good working definition of what Christianity looks like. It is a set of believes about God, Jesus, and the one true faith that forgives sins. Anything else is simply a counterfeit.

1. This version was translated by the English Language Liturgical Consultation and is used in many western English-speaking churches as well as the Roman Catholic Church. There are some subtle differences in other English versions, which may be found linked from the Wikipedia article "English Version of the Nicean Creed" at http://en.wikipedia.org/wiki/English_versions_of_the_Nicene_Creed
Lenny Esposito at 11:52 AM