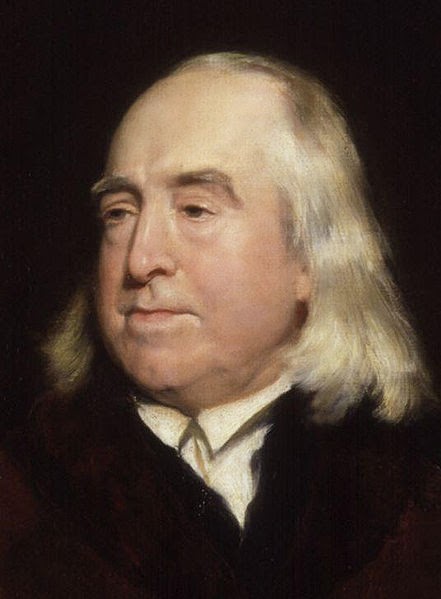 1. While Bentham's view of utility is based solely on the amount of pleasure or pain the actions ultimately produce for the people, Mill felt that some pleasures, such as the pursuit of knowledge, the arts, and music were more weighty than others. Yet, at its core either version of utilitarianism seeks pleasure over pain, happiness over unhappiness. There is nothing more to warrant labeling things good or bad.
Lenny Esposito at 11:00 AM