God is making an impact in philosophy 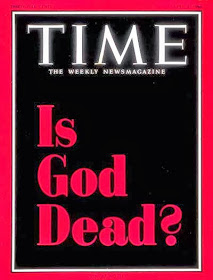 In April of 1966, Time magazine ran one of its most talked about covers of all time. It didn't include a photograph or hint at lasciviousness. Instead, it was a plain black cover with a red border and three simple words emblazoned on the cover in the form of a question: "Is God Dead?"

Nearly 50 years later, we can confidently say that God is not dead. He's very much alive and not only in evangelical churches across North America, South America, Africa, and beyond, but also in certain halls of academia where most had assumed he was all but extinct. God is alive and well in philosophy departments.

Below is a great, short clip by Oxford University professor of philosophy Vince Vitale telling s just how much theists are impacting this hugely influential discipline today.