I've been taking some time on this blog to discuss ways to witness and defend your faith more effectively by using logic and argumentation. This isn't some stuffy, intellectual exercise. Using logic is simply thinking in an orderly and intentional way. It allows one to be persuasive while avoiding errors in thought. In fact, logic is the very tool one can use to identify errors in thought, which means that it can be a great help in identifying why the reasons another person gives for their beliefs may be flawed. 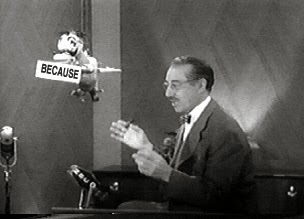 While many Christians who seek to defend their faith may be familiar with some of the formal arguments and can present them as such, it is just as important to learn how to listen effectively and define the argument your converser is making. Identifying the arguments that another person is voicing can sometimes be a bit more difficult, since conversation doesn't normally present itself in a formally organized way. You must listen carefully and try to identify booth the belief and the reasons why the other person holds that belief if you want to be fair and address the belief as he or she holds it. Luckily, there are ways you can learn to do this with more ease. The biggest help is to look for what I call "trigger words" that separate a belief and its supporting evidence.

Trigger words are simply words in English most people use to show reasoning. We do the same thing when we talk simple arithmetic problems, so I will use those as an example. Usually, you would see a problem presented this way: "If Johnny wants to take three apples in his right hand and four in his left, how many apples will he have?" The word "and" in the sentence above signals that this is an addition problem. If the sentence would have said "less than" it would have signaled a subtraction problem. The words help you understand the nature of the problem itself.

Similarly, there are trigger words that signal whether a person is making a conclusion or providing a premise for his belief. Here's a short list of words that will frequently be used as triggers to signal a conclusion:

Thus, if a person states "I've read about so much fossil evidence, it's likely that evolution is true," we can see the trigger words of "it is likely" showing that the person is drawing a conclusion about the truthfulness of evolutionary theory based on the reason (premise) of an abundance of fossil evidence. Another may be "I see an abundance of evil in the world, so God does not exist." Here, the word "so" acts as a trigger. It points to a conclusion drawn from the previous statement.

Since sentence structures are flexible, it is not always the case that the second clause in a sentence is a conclusion or that the conclusion uses those trigger words. Sometimes, it's the premises you must be looking for. Your discussion may go this way, "God cannot exist because there are so many religions that contradict one another," or "If your God existed, He would do something about evil." The words "because" and "if" are trigger words to show that a premise is being employed. Here are some more to look for:

One more thing in my examples above: they hold what I would call a hidden premise in each of them. A hidden premise is a premise that isn't stated but implied. I will get into more of that next time, but for now it's enough that you learn to identify premises and conclusions in conversations with people so you can begin to argue more effectively.
Lenny Esposito at 12:36 PM