Some Problems with Consequentialism

This month, I got to interact with students at a local college, as part of a panel hosted by The Well club. Four of us answered questions from students about the nature and evidence of Christianity. One questioner, the president of the newly-minted atheist club on campus, engaged in a discussion on morality. I've maintained that if morality is objective it must be grounded in God.  He said that he held to an objective moral standard based on "ethical consequentialism." In a separate discussion at a later time, another atheist also offered consequentialism as a basis for morality. 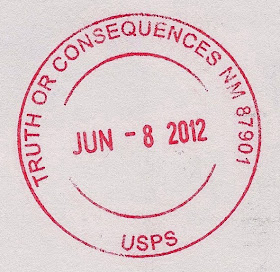 For those that don't know, consequentialism is an ethical system that seeks to root moral values and duties in the consequences one's actions will produce. In other words, an action is moral if it produces consequences that are seen as beneficial in some sense. Utilitarianism is the most well-known version of consequentialism, with philosophers like Jeremy Bentham and John Stuart Mill arguing that what is moral is that which promotes the greatest good for the greatest number. I don't think any kind of consequentialism works to ground moral values and I want to offer three initial reasons why.


1. Consequentialism results in immoral acts being identified as moral

The first thing one should realize is that consequentialism makes the claim that rightness and wrongness are not found in any action itself, but in the consequence of the action, that is what the action will produce. So, adultery isn't in itself wrong, it is wrong only when the result is one that causes adverse effects, like the harm it causes the offended spouse. But what if a "Same Time Next Year" scenario were to present itself? In this film, the once-a-year tryst not only produces no adverse effects on the marriage the rest of the time, but each participant actually helps the other through different emotional trials. In such a case consequentialism would say that their adultery is the moral thing to do and it would be immoral to withhold this meeting form either party. Calling adultery moral shows the absurdity of consequentialism played out consistently.


2. Consequentialism asks too much

Another problematic aspect of consequentialism is the fact that one must determine one's consequences when performing any action. How are we to do this? Many times, seeing what the actual consequences of an action are is nearly impossible! How could one see all the ramifications of a simple lie? Sometimes it amounts to nothing; other times it can have devastating effects on a third party, perhaps a party whom you never realized would be privy to the lie at all! And is it reasonable to ask people to really reflect on every consequence of all their actions or should they do the right thing for no other reason than it's the right thing to do? If the consequences in question are not personal but are weighed at a societal level, the problem becomes even more egregious. No one could possibly know the outcome their actions would inflict  upon an entire culture. Such knowledge would truly require a form of omniscience, but then we're arguing for God.


3. Consequentialism fails because it assumes what it is supposed to prove

While the two problems above are serious issues with consequentialism as a workable moral system, the biggest problem is with the understanding of how consequences benefit either the individual or the society. You see, by appealing to actions that produce a benefit, the consequentialist has smuggled in a concept of good and evil to measure against. But you cannot do that if you are talking about a system that is supposed to define what good and evil are in the first place.

Consequentialist will say, "We can know what is good because those things allow humans to survive and flourish." But this doesn't solve the problem. First, why is it "good" that all of humanity flourish instead of just the individual? Who says that one should sacrifice one's life for the sake of the society? Just because I would want someone to feed me when I'm hungry doesn't mean that I want to go hungry for the sake of someone else. If I can achieve the first and not the second, I have advanced the good for myself.

Secondly, where did this idea of advancing "the good" for all humanity come from? Philosopher Peter Singer argues that when we think this way, we are committing a kind of speciesism and other species hold the same rights as humans. Maybe by allowing humans to thrive we are denying the cockroach a chance to evolve into the next ruling species on the planet!

No matter which base point one chooses for "the good" consequentialism has no way of answering "why that point and not this one over here?" Instead of defining what is "the good", consequentialism assumes the good and begins to argue from there. It becomes question-begging! Therefore, consequentialism can never really be considered a basis for understanding good and evil. It is simply another subjective viewpoint that doesn't ground right and wrong, but describes them based on assumptions of the individual espousing it.

Morality must be prescriptive if it is to be binding. Consequentialism fails to be even descriptive, since it cannot ground ultimate concepts such as "the good." Most consequentialists are moral, but only because they borrow from Christian ideas, like the inherent worth of persons, in order to begin their calculations of end results. Thus, consequentialism fails as a basis for true morality.
Lenny Esposito at 9:55 AM